Infant Memory: What Babies And Toddlers Can Remember 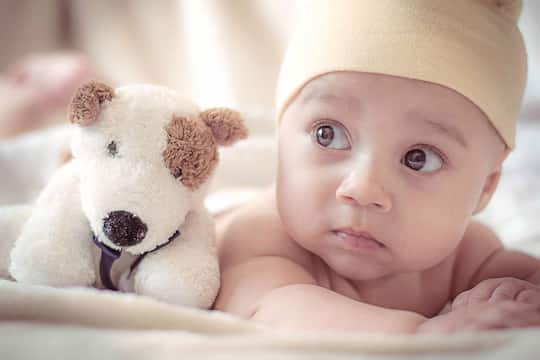 How psychologists have examined the emergence of infant memory in our first few years of life.

Some argue it’s impossible for us to remember anything much from before around two to four years of age.

Others think our infant memory can go way back – perhaps even to before birth.

The question of ‘infantile amnesia’ is thorny because it’s hard to test whether adults’ earliest memories are real or imagined.

What psychologists have done, though, is examine the emergence of infant memory in our first few years with a series of now classic experiments.

If infant memories really can be laid down early in life then it is certainly possible in theory for adults to remember very early experiences.

Getting a kick out of kicking

One classic experiment, devised by Professor Carolyn Rovee-Collier (now at Rutgers University) and colleagues in the 1960s, provides us an insight into what infants can remember.

This method has produced some great evidence about how and when infants’ memories develops.

In their experiment, Rovee and Rovee (1969) had infants of between 9 and 12 weeks lay comfortably in their cribs at home looking up at a mobile covered with brightly coloured wooden figures.

A cord was then attached to their foot connecting it to the mobile.

This meant that if the infants kicked out the mobile would move.

And, if they kicked out hard, the wooden figures would bump into each other and make a pleasant knocking sound.

The more the little kids kick, the more of a kick they get from the mobile.

If you’re starting to get a whiff of Pavlov and his salivating dog then you’re on the right lines.

This experiment is all about seeing if an infant can be conditioned to kick their foot to make the mobile move.

Researchers first measure infants’ baseline levels of kicking (with mobile unattached), then compare this to kicking that produces an exciting response (wow, the mobile is moving!).

What thy found was that even infants as young as 8 weeks old could learn the association between kicking and the mobile movement.

This learning was still evident over a 45-55 minutes period.

While this initial finding is fairly modest, the use of this procedure has led to all sorts of new findings about infant memory.

For example, subsequent infant memory studies have later substituted a different mobile for the original to see if the infants can spot the difference, thereby testing whether or not they really remember.

In one experiment infants only 8-weeks-old were trained with the mobile over a period of 3 days for 9 minutes each day.

Twenty-four hours later the infants only kicked at above their baseline levels when the same mobile was above their heads.

This showed they remembered the particular mobile they had been trained with and not just any old mobile.

It was an especially exciting finding because it had previously been thought that long-term memory (and 24 hours is long-term for psychologists) didn’t emerge until as late as 8 or 9 months.

Because of this experiment and others like it, we now know much more about infant memory.

Our memory systems actually work quite well from very early on.

Infants’ memories also seems to work in much the same way as adult memories – it’s just that infant memories are much more fragile.

It certainly appears our brains can lay down long-term memories even in the first year of life.

The reason it is unusual to retain infant memories from that time into adulthood is probably because of the limited capacity of our early memory systems and the intervening years during which we inevitably forget.