Types of Play: 6 Stages Important For Your Child’s Development 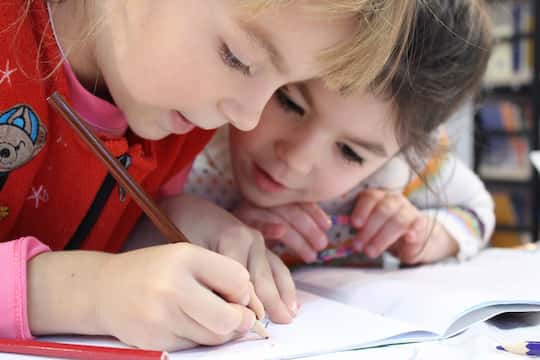 Types of play that children exhibit, from solitary to cooperative, can signal their state of social development.

Types of play are central to children’s development.

In fact, the pioneering developmental psychologist Lev Vygotsky thought that, in the preschool years, play is the leading source of development.

Through play children learn and practice many basic social skills.

They develop a sense of self, learn to interact with other children, how to make friends, how to lie and how to role-play.

The classic study of how play develops in children was carried out by Mildred Parten in the late 1920s at the Institute of Child Development in Minnesota (Parten, 1933).

She closely observed children between the ages of 2 and 5 years and categorised the types of play.

She observed them for pre-arranged 1 minute periods which were varied systematically.

The thing to notice is that the first four types of play don’t involve much interaction with others, while the last two do.

Unlike Jean Piaget who saw types of play in primarily cognitive developmental terms, Parten emphasised the idea that learning to play is learning how to relate to others.

While children shift between the types of play, what Parten noticed was that as they grew up, children participated less in the first four types of play and more in the last two – those which involved greater interaction.

In the first type of play, the infant does not really appear to be playing at all.

The child is relatively stationary and appears to be performing random movements with no apparent purpose.

This is because everything is new to the child, so even the smallest or most mundane object is full of wonder.

There is nothing for parents to do at this stage of developing, as babies know what to do instinctively: they just explore their world at the own pace.

The second type of play is when the child mostly plays on their own.

Generally, the child is completely engrossed in playing and does not seem to notice other children.

This type of play is most often seen in children between 2 and 3 years-old.

Children that are more extraverted may not spend long on this stage, while more introverted children may continue with solitary play for longer.

For the third type of play, the child takes an interest in other children’s play but does not join in.

They may ask questions or just talk to other children, but the main activity is simply to watch.

Onlooker play is common around three-years-old.

The child is learning how to play from the other children.

The fourth type of play involves children playing alongside each other, but not quite together.

The child mimics other children’s play but doesn’t actively engage with them.

For example, they may use the same toy or copy what the other child is doing with the toy.

While the children may not appear to be paying much attention to each other, this is an illusion.

They are actually watching closely as they learn.

This is the final type of play before children truly learn to connect with others.

By around age five, children are learning to relate to each other more.

In the associated type of play, they are more clearly involved with with what the other children or child is doing.

In fact, they are now more interested in each other than the toys they are using.

For example, two children in this stage might each build their tower out of blocks, but be talking to each other at the same time.

This is the first category that involves strong social interaction between the children while they play.

All the stages come together in this type of play.

Now children — typically of around four and five-years-old — start to cooperate with others.

They will now build their towers together, try to complete a puzzle together and compete in a board game.

At this stage come organisation enters children’s play, for example the playing has some goal and children often adopt roles and act as a group.

Criticism of these 6 types of play

Critics have pointed out that children do not necessarily go through this sequence of types of play.

Some toddlers may be able to play cooperatively and playing on their own is not necessarily a sign of immaturity in an older child.

The type of play that children indulge in is also influenced by the situation they are in.

For example, familiarity with the other children will make the more likely to interact.

While these six steps were the main types of play that Parten described, there have since been many different typologies.

Here are some more common types of play: