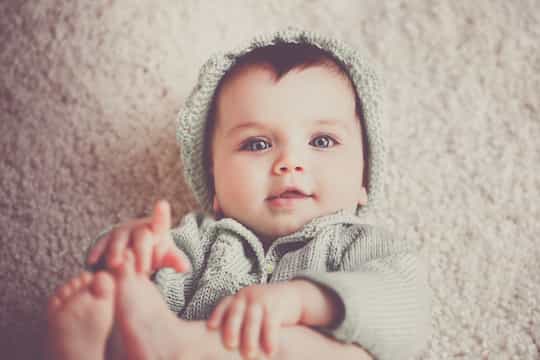 Object permanence is the understanding that objects continue to exist even when we can’t actually see them.

Object permanence, or object constancy, in developmental psychology is understanding that things continue to exist, even if you cannot seem them.

Infants younger than around 4-7 months in age do not yet understand object permanence.

Before they can develop an understanding of object permanence, young children must have a mental representation of an object.

Without understanding object permanence, though, young children must wonder where the world goes when they close their eyes.

Perhaps young infants, brand new in the world, experience their environment as a kind of nonsensical dream in which even the simplest properties of objects surprise them.

Or, perhaps they do have some intuitive understanding that objects continue to exist even when they can’t be directly experienced?

This is the question psychologists have been trying to answer while researching what infants in their first year of life understand about ‘object permanence’.

From his research, Piaget concluded that children couldn’t properly grasp the concept of object permanence until they were at least 12 months of age.

In a typical experiment Piaget would show a toy to an infant, then hide it or take it away.

Piaget would then watch to see if the child searched for the toy.

From experiments like these, Piaget developed a six-stage theory of object permanence:

Piaget has often been criticised for underestimating children’s abilities, in particular of object permanence.

Piaget’s ideas were challenged by a series of studies on object permanence carried out by Professor Renee Baillargeon from the University of Illinois and colleagues (e.g. Baillargeon & DeVos, 1986).

These studies used children’s apparent surprise at ‘impossible’ events to try and work out whether they understood object permanence.

In one study infants as young as 6.5 months watched a toy car travelling down a ramp.

Half way through its journey, though, it went behind a screen out of the baby’s view before exiting the other side, once more visible.

In one condition the infants saw a block placed behind the screen in the way of the toy car.

And yet when the car was released, experimental trickery was used so that the block didn’t stop the car’s progress.

Miraculously it still appeared from the other side of the screen.

Baillargeon found that the infants looked reliably longer at the seemingly impossible scenario.

This suggested they understood that the block continued to exist despite the fact they couldn’t actually see it.

They also must have understood that the car could not pass through the block.

This seems like reasonable evidence that infants can understand object permanence.

In further studies Professor Baillargeon tested all sorts of variations on this theme.

Each time, though, infants looked longer at the apparently impossible events, perhaps wondering if they were dreaming.

These studies have now shown that infants as young as 3.5 months seem to have a basic grasp of object permanence.

While others have argued for alternative explanations and interpretations, when all these studies are taken together the idea that children understand object permanence is arguably the simplest explanation.

Using these results Baillargeon and others have argued that young infants are not necessarily trapped in a world of shapes which have little meaning for them.

Instead they seem to be intuitive physicists who can carry out rudimentary reasoning about physical concepts like gravity, inertia and object permanence.

So, perhaps infants don’t perceive the world as a completely nonsensical dream.

Sure, they have many new things to learn and many things surprise them, but they do seem to understand some fundamentals about how the world works from very early on.