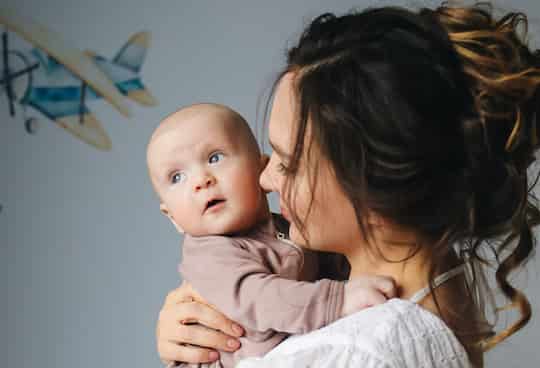 Attachment styles are important because we are social animals, relying heavily on our ability to form relationships with others.

They may become hostile towards others, have problems in education as well as a greater chance of developing psychiatric disorders later in life.

These difficulties sometimes have their roots in the most important early relationships, evidenced in attachment styles.

It’s no wonder that child psychologists are so interested in the first relationships we build with our primary caregivers.

These attachment styles are likely to prove a vital influence on all our future relationships, including those with our spouse, our workmates and our own children.

While you can’t blame everything on your parents, early relationship attachment styles are like a template that we take forward with us in life.

So the development of early relationships – often called ‘attachment styles’ – is extremely important.

Naturally child psychologists realised it would be extremely useful to know how well attached children are to their parents.

But here’s the problem: how do you measure attachment styles?

Infants of eight months old tend not to say very much of any use and parents can’t be trusted.

Clearly psychologists needed to observe the caregiver and baby interacting.

It was well-known child psychologist Mary Ainsworth and colleagues who came up with what has now become standard procedure for investigating the emotional attachment styles between children and caregivers (Ainsworth et al., 1978).

Some have argued that this is the most powerful experiment for studying a child’s social and emotional development.

Ainsworth based her test of attachment styles on fear, one of the most basic human emotions.

As the baby becomes attached to its caregivers, after about six months, it starts to display fear in two easily repeatable situations:

To investigate how infants and their caregivers interact Ainsworth devised a series of interactions which were designed to test how the baby reacted to both stranger anxiety and separation anxiety.

The procedure is like a carefully choreographed ballet, each act lasting about 3 minutes:

As you can see the strange situation is designed to get more strange for the infant as it goes on.

For a start the infant is in an unfamiliar room, then a stranger enters, then the stranger starts trying to talk to them, then their caregiver is nowhere to be seen.

Each time the stress on the infant is ramped up.

Analysing the results after repeating the experiment with many infants, Ainsworth discovered a fascinating pattern in the data.

It turned out that the most interesting aspect of the interactions observed was how the baby reacted when the caregiver returned.

This analysis of the infant’s reaction to the mother’s return led to a distinction between three separate types of attachment, one of the ‘good kind’ and two so-called ‘disordered attachment styles’.

Infants considered securely attached will be reasonable upset when their caregiver leaves but will be happy to see them return and will be quickly soothed.

Extensive research has found that around 70 percent of infants fall into this category.

Infants with this attachment style show little interest in their caregivers, although they will cry when they leave the room.

Strangely, though, they don’t seem that pleased when their caregivers return, often turning their backs on them and trying to get away.

Around 20 percent of infants fall into this category.

Infants with this attachment style initially don’t want to leave their caregiver to explore the room.

Then, like the insecure/avoidant, they cry when their caregiver leaves but then when they return seem to want to be consoled, but resist it.

About 10 percent of infants fall into this category.

These infants don’t show much of a pattern: they seem constantly afraid of and confused by their caregiver.

The stress is often too much for the infant.

This type of attachment style has been associated with depressed caregivers or instances of child abuse.

An enormous amount of research on attachment styles has gone into examining what factors cause infants to be attached in these different ways.

Much emphasis has been placed on the way the caregiver treats the infant.

Secure attachment styles have been associated with caregivers being (Papalia & Olds, 1997):

Clearly the reverse of these tends to result in insecure attachment styles.

Some research has also found that the infant’s temperament (personality) is also an important factor in attachment styles.

Many researchers have argued that attachment styles have important social, emotional and cognitive consequences.

Some have argued that the more positive an infant’s early attachments are, the more likely it is to successfully separate from the caregiver later in life.

Other benefits of secure attachment styles include (Papalia & Olds, 1997):

Attachment styles are a window to the future

Critics of the ‘strange situation’ have argued that it is just too strange.

Despite these criticisms the ‘strange situation’ has fared relatively well in answer to many of these questions.

It provides a standardised way of examining the very earliest relationships we form with our caregivers.

It is a way of revealing the answers infants have arrived at to four major questions their social and emotional selves are asking:

It’s infant’s attachment styles that give us a clue to what answers they’ve formulated to these questions and so a window on both their past and their future.