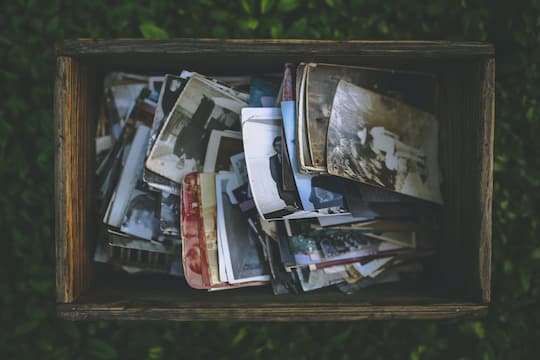 Short-term memory is the the ability to hold a small amount of information in the mind for a few moments.

For psychologists, it refers to things that are currently being used by your brain right now.

For example, as you’re reading this article the words you’ve read go into short-term memory for a very short period, you extract some meaning (hopefully) and then the meaning is either stored or discarded.

Typically, short-term memory is gone from the mind in a few seconds.

Unless, that is, it is transferred to long-term memory, which can last for many years.

Long-term memory, however, can be just as illusive, as most of us know to our cost.

My memory continues to surprise me, and not usually in a good way.

I recently reread a book which I first read, and greatly enjoyed, about 13 years ago.

It is fiction by one of my favourite authors – the writing is vivid, the story exciting and the set-piece action breath-taking.

Despite all this I had almost no memory of reading the book the first time.

Almost everything about the book seems to have seeped away in the intervening years.

I couldn’t remember the plot, most of the characters or any of the scenes.

The only thing I vaguely remembered was the main character’s name, but I couldn’t be sure I hadn’t invented that memory, after all I couldn’t recall anything else about the book.

This is an example of what Harvard psychologist Daniel L. Schacter calls the first deadly sin of memory: transience (Schacter, 1999).

Transience can be seen in both short- and long-term memory.

Short-term memory, for psychologists, means the things that are in your mind right now, and only those things.

On the other hand, long-term memory is anything you store to be retrieved at a later time.

Studies have shown that both types of memory can be extremely fragile over their respective timescales.

A classic experiment on short-term memory loss was carried out by Peterson & Peterson (1959).

They asked participants to memorise a three-letter sequence, then count backwards in sets of threes.

Participants were then asked to try and recall the three-letter sequence after different lengths of time counting backwards.

Participants did surprisingly poorly on this test of short-term memory.

After only six seconds of counting backwards in threes, on average half of the original three letters had disappeared from memory.

By the time participants had been counting backwards for 12 seconds, less than 15% of the original memory remained.

Finally after 18 seconds it was all but gone — short-term memory loss was complete.

This experiment clearly shows how quickly information leaks out of short-term memory.

The experience of short-term memory loss is usually perfectly normal.

The psychologist George A. Miller is famous for coming up with a magical number related to short-term memory.

What this magical number represents – 7 plus or minus 2 – is the number of items we can hold in our short-term memory.

So while most people can generally hold around seven numbers in short-term memory, almost everyone finds it difficult to hold ten digits in mind.

At the other end of the scale, 5 numbers is the bare minimum for what people can hold in short-term memory.

To return to my example of the novel, though, it seems to me that some aspects of the book must have become lodged in my long-term memory.

No doubt much was lost in short-term memory, but surely some of it must have stuck in long-term memory.

Otherwise I wouldn’t have been able to follow the story and would have ended up reading the first page again and again.

So, what types of processes affect how much we retain from long-term memory?

In fact, relatively little is known about how our long-term memory fades over substantial periods of time.

Thirteen years is a long time for an experimenter to wait just to find out if I can remember the details of that book.

That means we lose a lot of information soon after it goes in, then, over time, the rate of forgetting slows down.

Of course not all long-term memories are created equal, and so the reasons why we fail to recall information are many and varied.

Indeed, some psychologists have argued that we never really forget anything.

Perhaps, they say, the memory is still in our minds but we can no longer access it.

The smell of varnish might remind us of the day we spent canoeing in the rain, lost in solitary thought.

Conversely, some experiences can hinder the retrieval of certain long-term memories.

The long-term memory of a parent’s anger at our childish misdemeanour might completely block out the memory of what we actually did.

Long-term memory is certainly more likely to fade if we don’t use it.

The retrieval and rehearsal of long-term memories has been shown to enhance their storage.

Interestingly, there’s no actual evidence in humans that long-term memory which remains unrehearsed or unretrieved actually does dissipate over time.

Perhaps all our long-term memories really are still in there.

But even if my long-term memory of reading that book the first time is still in there, it’s doing a very good job of hiding.

Especially since rereading the book should be a massive cue to its recall.

Maybe we do completely forget or maybe I have just forgotten that I didn’t actually read the book in the first place.

Either way, perhaps I’ll be able to enjoy the same book all over again in another 13 years!