Absent-Mindedness: 2 Factors That Cause Forgetfulness 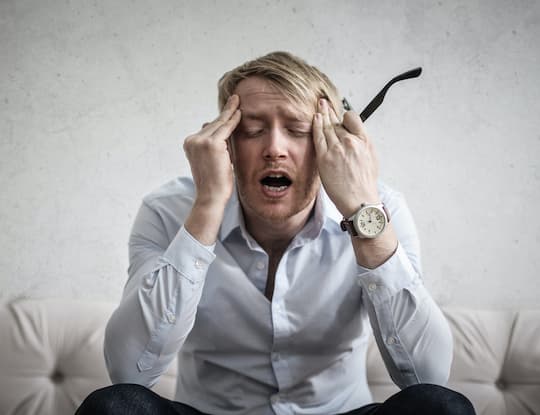 Absent-mindedness is inattentive or forgetful behaviour that can result from distractions, vagueness, blankness or zoning out.

We’ve all done it: forgotten someone’s name, where we parked the car, or left the house without the front-door key.

These are all examples of Schacter’s (1999) second sin of memory: absent-mindedness.

While the first post in the series looked at the transience of memory, how memory degrades over time, absent-mindedness occurs when we’re not really concentrating in the first place.

There are two central factors in how and why we are absent-minded.

One is how deeply we encode a memory, the other is how much attention we’re paying at the crucial moment.

One of the most striking experimental demonstrations of how central attention is to absent-mindedness is seen in psychology experiments on change-blindness.

In one well-known example, participants watch a video of people passing a basketball between each other, and they are asked to count the number of passes.

I’ve been a participant in this experiment, and it worked like a treat on me.

I sat watching the video, counting the passes.

Then, after the video was finished, I was asked if I noticed anything unusual.

I was completely bemused: “What do you mean anything ‘unusual’,” I said. “I’ve just seen people passing a basketball to each other. What are you talking about?”

The experimenter smiled and set the video clip running again, but this time with no instructions to count the passes.

I watched in amazement as after about 30 seconds of people passing the basketball, a person dressed in a gorilla suit walks right through the centre of the scene, stops, turns, looks at the camera, then turns again and walks out of shot.

The gorilla is visible for fully 5 seconds.

I didn’t notice a thing.

And I’m not alone.

In the version carried out by Simons and Chabris (1999), on average around half the people who took part didn’t notice the gorilla.

The original version of this experiment was carried out more than 30 years ago, but it still has the power to amaze (Neisser & Becklen, 1975).

Another well-known demonstration of how absent-minded we can be is the ‘door study’.

Here unwitting students are asked by an experimenter for directions.

While they are talking, two men carrying a door walk between the experimenter and the student.

Also hiding behind the door is another person who swaps places with the original experimenter and carries on the conversation with the student.

The student is now continuing the conversation with someone completely different.

Like the gorilla experiment, only about half the students notice that they were actually talking to a different person.

Another failure of attention.

The second element vital to absent-mindedness is the depth at which we process information.

This is demonstrated by a classic experiment carried out by Craik and Tulving (1975).

They set about testing the strength of memory traces created using three different levels of processing:

Participants who had encoded the information most deeply, remembered the most words when given a surprise test later.

But it also took them longer to encode the information in the first place.

Crucially, though, participants also had to do the right type of encoding.

For example pondering a word’s meaning for a long time did help its recall, but putting equivalent effort into thinking about its structure didn’t help recall.

This is what psychologists call prospective memory.

Here are some examples:

All these tasks involve us setting ourselves a mental alarm clock that is either triggered by some event occurring, like finishing supper, or by a particular time.

Psychologists have found the ways in which we are absent-minded in prospective memory can depend on whether we are trying to remember a future event or a future time.

Normally we depend on external cues to jog our memories.

For example we drive past the petrol station, or write a note to ourselves to buy the tickets.

We tend to forget event-based prospective memories when we fail to spot the cue.

For example we don’t notice the petrol station on the way home as we are distracted by an accident on the other side of the road.

Time-based prospective memories, though, depend more on how good we are at generating cues for ourselves.

For example you might remember to take your medication at the same time by always doing it after lunch.

Given our propensity for absent-mindedness, it’s sometimes amazing that anything run by humans works at all.

Slips of memory in so many different types of vital activities – e.g. surgeon, train driver, pilot – can have disastrous consequences.

The fact that things often run smoothly shows we are remarkably adept at focussing when we need to and attending to important cues in our environment.

The case of the Russian journalist Solomon Shereshevskii illustrates the point dramatically.

Tested by the famous neuropsychologist, Alexander Luria, no limit could be found to his memory.

But this amazing gift had its down-side.

He found it difficult to ignore insignificant events.

As a result, a simple cough would be imprinted on his memory forever.

Also, all his memories were so highly detailed that he found it difficult to think in the abstract.

It can be difficult to think about the idea of, say, a bridge if your mind is immediately assaulted by hundreds of specific examples of bridges.

It is reported that Shereshevskii became so tortured with the accumulation of memories that he developed a special technique to help him forget.

He would imagine the memories he wanted to ditch written on a blackboard and then mentally erase them.

This seemed to work for him.

Perhaps we should be thankful for our absent-mindedness.

It saves us from remembering all of life’s crushingly dull moments as well as setting us free to think in abstract terms.