Commitment and Consistency Bias: How It Warps Memory 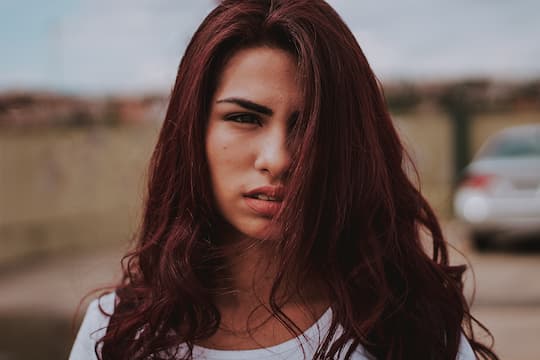 The commitment and consistency bias refers to the idea that people assume less change in their attitudes and beliefs than really occurs.

The consistency bias, also known as the commitment bias, is believing one’s past and present attitudes are similar.

In other words, the consistency bias means we tend to think our attitudes and beliefs have changed less than they really have.

However, in reality, our attitudes, beliefs and behaviours change more than we guess.

Examples of the commitment and consistency bias

What were your political views a decade ago?

How good was your relationship last year?

Studies show we often assume things haven’t changed, when in fact they have.

New experiences don’t fall on a blank slate; we don’t merely record the things we see around us ‘as they are’ (if such a thing exists).

Everything we do, have done to us, think or experience, is affected by past thoughts and things that have already happened to us.

As a result we can’t help but put our own personal spin on our memories.

The consistency bias is a sin of memory

The consistency bias is one of the most fascinating biases acting on our memories.

The finding is not that dissimilar to cognitive dissonance, that we will often reconstruct the past to make it more compatible with our current worldview.

Studies have shown the bias operating in both our personal relationships and our political attitudes.

Is it possible that we might re-write our attitudinal autobiographies so they fit more closely with our current position?

Do we effectively lead ourselves to believe that what we think today about, say, our country’s foreign policy, is what we’ve always thought?

How have your politics changed over the last decade?

Chances are that you underestimate how much your attitudes have evolved.

So says a study into people’s political beliefs carried out by Greg Markus from the University of Michigan (Markus, 1986).

Markus used data collected about political opinions from two generations, at two points in time, once in 1973 and then again in 1982.

Eight-hundred and ninety-eight parents, along with 1,135 of their offspring provided data on their attitudes towards issues like gender equality, rights of the accused and the legalisation of marijuana.

The results showed that overall, as is often noted, both parents and their children became more conservative as they got older.

But all the fun started when people were asked to think back to the beliefs they had reported almost ten years ago.

On average, only about a third of people correctly recalled their political positions from 1973, nine years later.

The same proportion of people recalled their position incorrectly by 3 or more points on a 7 point scale.

The rest were somewhere in between.

So people weren’t that good.

But maybe this isn’t surprising: people often have considerable difficulty dredging up their current political beliefs, let along those from 9 years ago.

But if people had just forgotten their previous beliefs, then it seems unlikely that their guesses should be systematic in any way, and yet they were.

Much more often than not, people guessed their remembered attitudes as closer to their current attitudes.

Effectively, people who supported the legalisation of marijuana in 1973, but had actually changed their minds by 1982, were then more likely to say their attitude in 1973 was more anti-legalisation than it actually had been.

This might help explain why people think their politics hasn’t changed much over the years, when in fact the exact reverse is often true.

Markus also found that one exception to the consistency bias was when people’s political opinions were more available to memory, e.g. when their feelings were strong on a particular issue.

Then those opinions were more likely to be correctly recalled.

This consistency bias isn’t just seen for political beliefs, though, it can also strike closer to home.

Elaine Scharfe and Kim Bartholomew from Trent University and Simon Fraser University used a similar approach to the political study, but this time focussing on people’s romantic relationships (Scharfe & Bartholomew, 1998).

They asked people to rate the stability of their relationships at two points, 8 months apart.

Then, at the second time-point they were also asked to rate how they remembered their relationships 8 months ago.

Compared to the political study, people did better with their romantic partners.

The majority of people were reasonably accurate at remembering the state of their relationships from 8 months ago.

Despite this, those who were relatively inaccurate still displayed a consistency bias.

This meant that, for example, if their relationships had improved in the intervening 8 months then they tended to assume it had always been that way.

It’s interesting that although the consistency bias is weaker here, it’s not gone altogether.

While the consistency bias is important, sometimes our memory biases work in the exact opposite direction, and we assume more change has occurred than really has, especially if that’s what we’re expecting.

A common example is when we’re trying to learn a new skill.

If we put loads of effort in to learning that new skill, we often think our improvement is much greater than it really is.

Michael Conway and Michael Ross at the University of Waterloo in Canada examined just this phenomenon in research into people’s study skills (Conway & Ross, 1984).

Their study relied on the fact that so-called ‘study skills’ courses seem to have little impact on people’s academic achievement.

In their experiment all the participants were first asked to evaluate their own study skills, then one group took a study skills course while the other group was assigned to a waitlist.

After three weeks both groups were asked to evaluate their study skills before the course.

The group who had taken the course were more likely to evaluate themselves as worse before the course, while the waitlist control group showed no systematic biases.

Sure enough at the end of term, the study skills group did no better than the control group in the exam.

Despite this, when the study skills groups were asked about their performance 6 months later, they thought they had done better than they had.

Again, no systematic biases were seen in the control group.

Although this effect is often referred to as a change bias, it’s really just another form of consistency bias.

People are again extrapolating backwards using the changes they think ought to have (or not) occurred over that period.

It just so happens that instead of assuming their political beliefs or relationship will be the same, this time they’re assuming their study skills must have been worse before they started the course.

Once again, people are fighting for consistency.

One bias among many

The consistency bias is only one of the many types of biases that our memories demonstrate.

Here are a few more examples:

And this is just a few of them, a full list would probably need several books.

Why memory biases are useful

Like the other so-called ‘sins’ of memory, the biases displayed by memory are often by-products of their central purpose.

Building up cognitive maps of what we expect from the world helps us navigate through it successfully.

If you’ve found from past experience that going to a bar and knocking people’s drinks out of their hands tends to correlate with visits to the emergency room, you can learn something.

The fact that these ‘maps’ also impinge on our recollections of past events is a small price to pay for the advantages we gain.

Some memory biases might even be directly useful to us.

To take the two examples discussed here, believing that we are more consistent than we really are in our political beliefs and our relationship choices might help to boost confidence in ourselves.

Similarly, believing that putting in effort leads to improved performance helps motivate us to put in effort next time as well.

Factors such as these may all contribute towards our overall satisfaction with life.

So, maybe while we should be suspicious of our biases, we should ultimately be thankful for our inconsistencies.