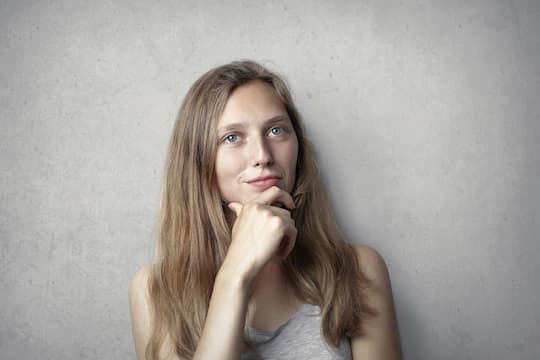 The tip-of-the-tongue phenomenon or lethologica is when the memory is right there and yet for some reason you can’t quite access it.

The tip-of-the-tongue phenomenon or lethologica is when you know a word, but cannot think of it.

Technically, the tip-of-the-tongue phenomenon is a temporary inability to retrieve an item from memory.

The infuriating internal monologue during the tip-of-the-tongue phenomenon goes something like this:

“What’s the name of that guy who was in that film with…you know the one…he’s…no, no it’s not Denzel Washington, the other guy.

It’s on the tip of my tongue!

This is driving me crazy…!

I can see his face.

No, not Denzel Washington!”

The tip-of-the-tongue or ‘TOT’ phenomenon, also known as lethologica, is now well-documented in psychology.

It is a very common example of what memory expert Daniel L. Schacter calls ‘blocking’, one of the seven sins of memory (Schacter, 1999).

The tip-of-the-tongue phenomenon is the experience that the memory is right there and yet for some reason you can’t quite access it.

Sometimes all you can think about is something similar, say another actor who is often in the same types of films.

It’s this memory that seems to block the retrieval of the one you really want.

Other times there’s apparently nothing blocking the memory’s retrieval other than your mind’s stubborn refusal.

Studies on tip-of-the-tongue style blocking have shown that around half of the time we will become ‘unblocked’ after about a minute.

The rest of the time it may take days to recover the memory from the tip-of-the-tongue.

As anyone getting on in years will tell you, tip-of-the-tongue blocking increases with age.

Tasting words on the tip-of-the-tongue

One fascinating aspect of the tip-of-the-tongue phenomenon is the study of synaesthetes.

Synaesthesia is a fairly common condition where people have a cross-wiring in their brains between senses (see: types of synaesthesia).

This means that people with synaesthesia may experience numbers as colours, sounds as images or even words as tastes.

This last category, a rare form known as lexical-gustatory synaesthesia, provides an opportunity to study the TOT phenomenon in an unusual way.

Simner and Ward (2006) figured that if the cross-wiring in synaesthetes’ brains turns words into tastes, perhaps they would literally be able to taste words that are on the tips of their tongues before they could even recall the word itself.

Simner and Ward set about inducing tip-of-the-tongue states in the lab by showing 6 participants with this rare form of synaesthesia pictures of unusual objects, such as a platypus.

In some trials, the experimenters managed to successfully induce a tip-of-the-tongue state in the synaesthetes.

Amazingly, these lexical-gustatory synaesthetes did actually feel a taste on their tongues as they struggled for the word to describe the picture.

In one case a participant tasted tuna when she was trying to remember the word ‘castanet’.

To check the answers were correct, participants were asked after the study which taste they associated with each word in the study.

The tastes they reported being on the tip of their tongues matched up with their word-taste associations.

But what if the synaesthetes are just making these tastes up?

Well, to check, the experimenters called them up more than a year later in a surprise retest.

Sure enough, the participant who reported that the word ‘castanets’ was associated with the taste of tuna, still did so, even after a year.

Similarly, the other 5 synaesthetes in the study all consistently reported their particular connections between tastes and words.

While these sorts of experiences are alien to the majority of us, Simner and Ward suggest that this link between words and tastes may nevertheless be active in all of us, but at an unconscious level.

So how do we finally remember what’s on the tip of our tongues?

One theory has it that our memory can be jogged by hearing a word that sounds similar (James & Burke, 2000).

While this is probably true, in real life it’s just plain good luck if our memory is jogged by the environment and the tip-of-the-tongue moment is relieved.

Nowadays, though, we have a new tool for resolving those tip-of-the-tongue nuisances: look it up on the internet.