Long-Term Memory: When Persistence Is A Curse 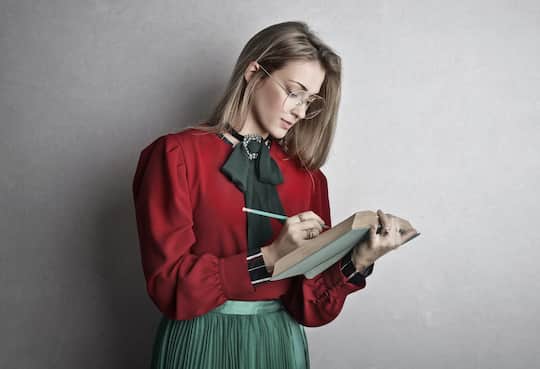 The different types of long-term memory, examples, its purpose and the benefits and even dangers of its persistence over the years.

Long-term memory in psychology refers to the storing of information in memory over long periods, typically weeks, months or years.

In fact, anything we hold in our minds for more than about 30 seconds is considered long-term memory.

Short-term memory, for psychologists, means the things that are in your mind right now, and only those things.

On the other hand, long-term memory is anything you store to be retrieved at a later time.

Simple examples of long-term memory include:

The list is potentially endless because long-term memories encompass everything stored in our mind for later retrieval and even things we cannot retrieve but are stored there anyway.

It is easy to see the positive, adaptive nature of memory’s persistence.

Our very survival relies on the fact that we remember when bad consequences follow from particular situations.

Living in a comfortable modern society may mean a person has relatively few real life-threatening dangers to face on a regular basis.

But when people are exposed to more precarious environments, making the same mistake twice can be disastrous.

The fact that long-term memories persist, though, puts it on the list of Daniel L. Schacter’s seven sins of memory.

Persistence is the most polarised in its effect on us (Schacter, 1999).

While the persistence of memory can be vital to our survival, at the same time it can leave us haunted by past events we might rather forget.

As in surrealist Salvador Dali’s most famous painting, ‘The Persistence of Memory‘, memories can weigh heavily on our minds; thoughts, like ants, scurrying: endlessly searching for who knows what.

For those suffering from post-traumatic stress disorder (PTSD), images and long-term memory of a traumatic event become an intrusive and sometimes unbearable part of everyday experience.

The trauma continues to resurface, again and again, from long-term memory despite attempts at thought management or repression.

Of course being able to repress long-term memory would provide some relief for sufferers, but is it possible?

They studied a group of 14 women who had been sexually abused as children and compared them with a control group.

Participants in both groups were directly asked either to remember a particular word or to forget it.

Some of the words they were asked to remember or forget were related to traumatic memories (e.g. ‘abuse’).

It seemed control participants could successfully suppress their memories.

The same could not be said of participants who had suffered traumatic experiences.

These participants were unable to consciously forget words that were trauma-related.

This suggests that people who have experienced a trauma lose conscious cognitive control over aspects of their long-term memory.

It seems that the persistence of long-term memory is too strong for us to consciously control: suppression is not an option.

The intrusive persistence of disturbing past episodes recurring from long-term memory may also be particularly important in depression.

In fact this persistence can produce a dangerous cycle which may be key to the maintenance of depressive disorders.

Ruminating over past events from long-term memory can lead to depression, while depression can then lead straight back in to rumination.

It is a vicious circle.

There’s evidence for this depressive cycle from studies which show two different aspects of memory’s persistence.

Watkins et al. (1996), for example, compared depressed participants to a control group in how they responded to positive and negative words.

The results showed that while the control group tended to be biased towards remembering more positive words, the depressed participants pulled out more negative words from long-term memory.

This suggests that depressed people are more likely to recall negative events  from long-term memory — the first part of the depressive cycle.

To test whether rumination can feed back into depression, Lyubomirsky, Caldwell and Nolen-Hoeksema (1998) put one group of students in a ruminative mood using a simple self-focussing task.

They wanted to see how these moods affected the type of long-term memory they then recalled:

Participants were then asked to recall at least eight incidents from long-term memory — anything they liked.

The results showed that those participants who had been put in a ruminative mood tended to recall more negative memories from long-term memory than those who’d been engaged in the filler task.

This experiment is evidence for the second part of the depressive cycle: that ruminative thinking leads to the recall of more negative memories from long-term memory.

This in turn is likely to lead to depression.

Taken together these two studies, and others like them, suggest the persistence of long-term memory can play an important role in the maintenance of depression.

Both depression and traumatic stress disorders may partly be the regrettable downsides of memory systems that are designed to keep us alive.