Suggestibility: How Memory Is Biased By Suggestion 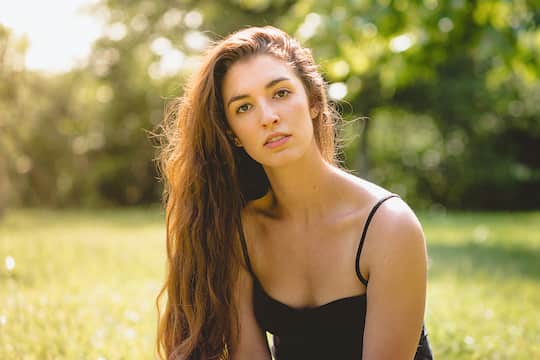 Suggestibility in psychology is a major contributor to wrongful convictions, through biased eyewitness testimony.

Suggestibility in psychology refers to the tendency to fill in gaps in memory with information from others that may well be incorrect.

When people are experiencing intense emotions, they show more suggestibility.

In addition, some people display more suggestibility than others, such as those with low self-esteem or who are less assertive.

Suggestibility, one of Daniel Schacter’s sins of memory, is a close cousin of misattribution.

Like misattribution, suggestibility involves the creation of a false memory.

But, while a misattribution is of our own making, a suggestion comes from someone else who is, whether intentionally or not, influencing us.

Human suggestibility has many implications, but some of its most devastating consequences have been played out in the criminal justice system.

Criminal justice systems around the world have treated human memory with undeserved reverence for a long time, while ignoring our inherent suggestibility.

Dubious eyewitness testimony has frequently secured convictions for the most serious of crimes.

Even more incredibly for students of scientific psychology, repressed memories rising to the surface decades after the original event have been accepted by courts as the basis to lock a man away for the rest of his life.

Given the right circumstances people will finger the wrong suspect in a line-up, manufacture false memories and even change their beliefs after having their dreams interpreted.

Example of suggestibility in eyewitness testimony

Faulty eyewitness testimony is one of the leading causes of wrongful convictions in the US.

On the basis of mounting evidence, psychologists have argued that a major contributing factor to these wrongful convictions is suggestibility (Schacter, 1999).

Dramatic evidence for how easily eyewitnesses are swayed through suggestibility comes from a study carried out by Gary Wells and Amy Bradfield at Iowa State University (Wells & Bradfield, 1998).

Like many of the best studies it is deceptively simple, but its implications for the criminal justice system are profound.

Participants were asked to watch 8 seconds of grainy security camera footage showing a man walking into a store.

The footage was slowed down so that participants could get as much information as possible.

The quality of the video, however, was not that good.

After watching the video, participants were told that the man is a murderer.

Just after the footage cuts away, the man shot and killed the store’s security guard.

This information is not misleading – the CCTV footage is real – as is the subsequent murder of the security guard.

Participants were then told that their job is to identify the killer from a five-person photospread.

This photospread was identical to the one used in the real case except – and here’s the twist – the real gunman has been removed.

Having been told, though, that the gunman is in the photospread, all the participants identify one of the men.

This is where the experimenters got clever.

After this, participants were asked about many aspects of their identification including how certain they were, how good their view of the gunman was and their ability to make out the details of his face.

The results showed that simply congratulating participants on choosing the right suspect had a huge effect on their reports when compared to those told nothing and those told they were wrong.

Those given positive feedback were suddenly much more sure they were right, thought the identification was easier, had a better view, thought their judgement was more trustworthy and would be more willing to testify.

Those given positive feedback even placed more confidence in their own ability to identify the gunman.

Remember that everyone is providing these reports based on exactly the same piece of store camera footage.

Also, remember that everyone is wrong because the real gunman has been removed from the photospread!

The surprising thing about this experiment is what a massive effect a simple statement had on such a wide variety of factors.

Giving positive (although incorrect) feedback to participants catapulted their confidence in their identifications much higher than they would have been otherwise.

On a 7-point scale only 15 percent of the eyewitnesses who were given negative feedback rated their confidence in their identification at either a 6 or a 7.

Compare this with the eyewitnesses given positive feedback – 50 percent rated their confidence at either a 6 or a 7.

Participants given positive feedback even thought the security camera footage was clearer.

47 percent rated it at a 6 or 7 out of 7, compared with none of the eyewitnesses given negative feedback.

In a second part of the study, the authors wanted to see whether people have any idea that the feedback they receive affects their confidence in identifying the gunman.

Despite the fact that it did have a substantial measurable effect, people denied the feedback had any influence whatsoever.

Feedback to eyewitnesses is still routine

Given the huge effect that feedback can have on confidence, given human suggestibility, clearly eyewitnesses should not be told whether they have identified the suspect or not.

Wells and Bradfield (1998) point out that even when witnesses are not given verbal feedback, it is virtually impossible for police officers to avoid information leaking out through body language.

The solution suggested by Wells and Bradfield (1998) is that those administering the photospreads to eyewitnesses should be blind to the real suspect.

A statement should then be taken before eyewitnesses discover whether they have picked the suspect, and their judgement is affected.

Although they may subsequently inflate their claim, at least this can be compared with their original statement.

Incredibly, ten years later, it is still routine practice in the US and UK for many police forces to provide positive feedback to witnesses.

This is perhaps unsurprising given the police’s interest in securing convictions.

Positive feedback will almost certainly bolster witnesses’ confidence because of their suggestibility, thereby improving the impression they make in court.

Moves to reform police procedures in the US have foundered despite the repeated confirmation of this study’s findings.

Similar moves are afoot in the UK, but changes have only so far been made in some police forces.