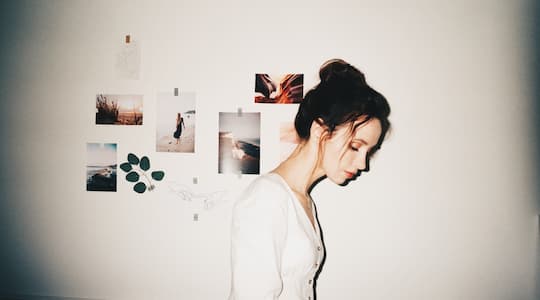 A false memory in psychology is a fabricated or distorted recollection.

False memories could be imaginary, distorted or even implanted by someone else.

False memories are common because memory is not a perfect recording device.

Instead, memory is highly prone to influence, as we shall see in these dramatic false memory examples.

In 1990 George Franklin became the first ever US citizen convicted of murder by a witness who recovered false memories more than 20 years after the event.

The fact that the witness was Franklin’s daughter, Eileen, ensured the case was splashed across the news media.

Franklin was released in 1996 after 6 years in prison when irregularities were discovered in Eileen’s evidence: it emerged she had been hypnotised before testifying, when the false memory was probably created.

There is a good reason why hypnotised witnesses are barred from testifying in some jurisdictions: under hypnosis people are highly suggestible to false memory.

Even without hypnosis, studies show that people’s memories are open to influence.

But, can it be demonstrated in the lab that a false memory can be implanted?

False memories are hard to research for one simple reason: it’s difficult to verify whether a false memory is really false or not (Loftus, 1993).

Often a considerable amount of time has passed since the original event and it’s not possible to corroborate what people say a false memory.

But, while it’s difficult, it’s not impossible – it just takes some concerted effort.

Elizabeth Loftus, Distinguished Professor at the University of California, Irvine, has been at the forefront of psychological research into false memory and repressed memories and testified in George Franklin’s case.

She has also carried out some fascinating research into the possibility of implanting a false memory.

False memory of being lost in the mall

In a seminal false memory study Loftus and Pickrell (1995) recruited 24 participants who were to be presented with four stories from when they were between 4 and 6 years old, three of which were true, and one false.

To get the true stories, the researchers spoke to participants’ relatives to get three events for each person which had really happened.

The events were chosen so that they were not traumatic or emotionally difficult to recall.

Each family was also asked to provide the circumstances of another event that could possibly have happened, but didn’t.

This was the target false memory to be implanted.

In each case the false memory was for getting lost in a shopping mall.

Relatives provided details for the false memory of a specific shopping mall it could have been along with other details to make the fake story plausible.

They also confirmed that an event like this had not actually occurred — it definitely was a false memory.

Do you remember this false memory?

Participants themselves were told they were involved in a study about their ability to recall details of childhood memories.

They weren’t told it was about false memory.

Each participant was first sent a written description of the four events their relatives had outlined – three being real and one being the false memory.

They were then asked to write down which events they remembered and more details of the events those events.

Then, soon after, participants were interviewed.

At this point they were reminded about the four memories and asked to recall as much as they could about them.

At a second interview a week later, a similar procedure was followed.

At the end of both interviews participants rated the clarity of their memories, including the false memory.

It was then revealed to them that one was a false memory and they were asked to guess which one it was.

This may seem like quite an unimpressive proportion, but considering the very low level of suggestion or coercion involved in the interviews, it does at least show the possibility of implanting false memories.

Up to half believe a false memory

A later study with more participants which examined a wider range of memories was carried out by Hyman and Pentland (1996).

This found that, depending on experimental variables, at least some kind of false memory could be implanted in between 20 percent and 40 percent of participants.

But psychologists have done better.

In a fantastically titled paper, ‘A picture is worth a thousand lies’, Kimbereley Wade and colleagues used a doctored photograph of a fictitious balloon flight to implant false memories (Wade et al., 2002).

Using similar interview procedures to Loftus and Pickrell (1995), they found that 50 percent of participants created either complete or partial false memories of the flight.

Critics argue that the problem with these sorts of studies is that they only implant inconsequential memories.

Traumatic memories, such as those claimed by George Franklin’s daughter, might be a completely different matter.

This is a fair point and difficult to refute because it would be highly unethical to implant traumatic memories into participants.

Well, actually this has been done, in one of the most bizarre and dramatic false memory experiments ever documented.

In 1988 Paul Ingram, a police officer, was arrested for sexually abusing his two daughters, an allegation he strongly denied.

Over an extended period of five months, however, he was subjected to pressure by fellow police officers, psychologists and other advisors, suggesting he had committed child abuse, including having raped his own daughters.

Eventually Ingram began to confess to all manner of rapes, child sexual abuses and even to participation in a Satan-worshipping cult which had allegedly murdered 25 babies.

At one point the prosecution brought in the renowned memory researcher, Dr Richard Ofshe, now Professor Emeritus at the University of California, Berkeley.

He was asked to interview Ingram.

In order to test Ingram, he made up a story that his son and daughter claimed he had forced them to have sex with each other while he watched.

This was something Ofshe confirmed with both son and daughter had not actually happened.

Over a period of hours, and despite initially denying the memory, Ingram slowly began to generate these false memories.

Ultimately Ingram wrote a three-page confession to a crime that was completely fabricated.

What else might he have fabricated under this kind of intense pressure?

Unfortunately for Paul Ingram, Ofshe’s report wasn’t issued until after he had already confessed to the crimes and been convicted.

He was then unable to withdraw his guilty plea.

Paul Ingram remained in jail until 2003 and is still a registered sex offender despite many doubting his guilt.

The extremes of false memory

The case of Paul Ingram along with the experimental studies on false memory probably represent two extremes of a continuum.

At one end, when politely asked within the context of a psychology study, some people can be induced into believing relatively benign false memories.

Perhaps as many as 50 percent.

At the other end, when placed under incredible psychological pressure, like Paul Ingram, who knows what people will claim to remember.