The Magical Number Seven, Plus or Minus Two 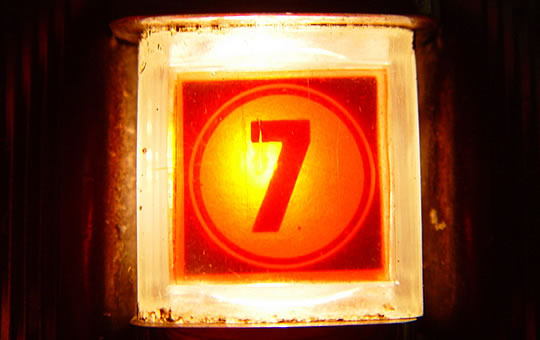 We can fit about seven pieces of information into our short-term memories…or can we?

It is sometimes said human beings are nothing more than a collection of memories. Memories for people, events, places, sounds and sights. Our whole world is funnelled in through our memories. In fact, they may be our most prized possessions.

The study of memory has always been central to psychology – this post describes one of its most influential findings. This is the second nomination for the Top Ten Psychology Studies.

The title of this post is the same given to a 1956 article by the psychologist George A. Miller in which he describes the capacity of human memory (Miller, 1956). The article’s opening has become famous amongst historians of psychology:

“My problem is that I have been persecuted by an integer. For seven years this number has followed me around, has intruded in my most private data, and has assaulted me from the pages of our most public journals. This number assumes a variety of disguises, being sometimes a little larger and sometimes a little smaller than usual, but never changing so much as to be unrecognizable.”

It’s not just Miller who was persecuted by this number though, it’s all of us. What this magical number represents – 7 plus or minus 2 – is the number of items we can hold in our short-term memory.

“…memory is a slippery concept…”

So while most people can generally hold around seven numbers in mind for a short period, almost everyone finds it difficult to hold ten digits in mind.

Remember that memory is a slippery concept: short-term memory for psychologists refers to things that are currently being used by your brain right now. For example as you’re reading this post the words you’ve read go into short-term memory for a very short period, you extract some meaning (hopefully) and then the meaning is either stored or discarded. You’ll probably still have some faint memory of this article tomorrow, but won’t be able to remember most of the actual words.

All sorts of experiments and theories have followed disputing the 7 items approach to memory. More recent studies have, for example, shown how we put items together in order to ‘chunk’ data. Still, the basic concept that our immediate short-term memory is relatively limited is still valid.

If you think seven isn’t much then be thankful you’re not a six month old infant. Recent research suggests they can only hold one thing in short-term memory (Kaldy & Leslie, 2005). Poor little chaps. Perhaps babies are the new goldfish?