Emotional Insights: 10 Awesome New Psych Studies That Will Uplift and Intrigue You 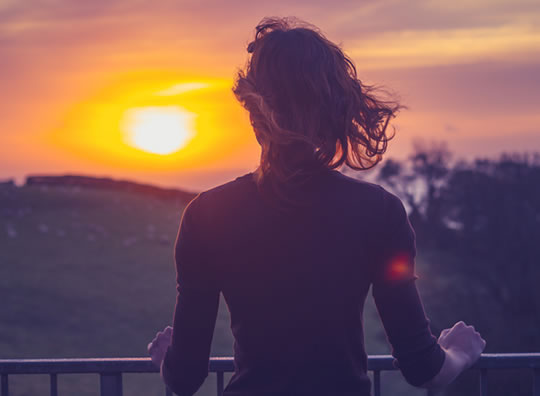 The wonderful power of awe, the source of life’s most emotional moments. Plus: you really can smell happiness…

This happens, authors of a recent study think, because awe slows down our subjective experience of time.

The researchers described their conclusions:

“People increasingly report feeling time starved, and that feeling exacts a toll on health and well-being.

Drawing on research showing that being in the present moment elongates time perception, we predicted and found that experiencing awe, relative to other states, caused people to perceive that they had more time available and lessened impatience.

Furthermore, by expanding time perception, awe, compared with other states, led participants to more strongly desire to spend time helping other people and to partake in experiential goods over material ones.”

The wonderful effects of awe do not end with expanding time and increasing well-being.

Positive emotions, especially the feeling of awe, have been linked to lower levels of inflammatory cytokines by a recent study.

The research suggests that the positive feeling from enjoying the beauty of nature or getting lost in a painting or symphony can actually help protect the body against heart disease, arthritis, depression, and even Alzheimer’s disease.

When you think about it, these are pretty weird:

Shedding tears might seem a strange response to happiness, but a recent study suggests that it helps people cope with overwhelming emotions.

Crying tears of joy may be the mind’s way of restoring emotional equilibrium, according to the study.

4. All human communication is positive (that’s on average!)

Across multiple languages and in many modes — movie subtitles, music lyrics, Russian literature — human communication skews towards the positive, a recent study found.

“We looked at ten languages, and in every source we looked at, people use more positive words than negative ones.”

While some sources were more positive than others, with Chinese books being the least positive and Spanish-language websites being the most positive, all the samples averaged above the neutral point.

This was even the case for English language song lyrics, which were ranked 22 out of 24 categories for happiness, with only Chinese novels and Korean subtitles being less happy.

Women rate emotional images as more stimulating and are more likely to remember them than men, a recent study found.

While strong emotions tend to boost memory for both men and women, this neuroimaging study may help explain why women often outperform men on memory tests.

Women found the emotional pictures — and especially the negative pictures — more stimulating than the men.

“This result would support the common belief that women are more emotionally expressive than men.”

Acetaminophen — also known as Tylenol (or paracetamol outside the US) — kills positive emotions, a study has found.

Studies have already shown that the painkiller blunts both physical and psychological pain.

But this is the first time anyone has thought to test the popular painkiller’s effect on both negative and positive emotions.

“This means that using Tylenol or similar products might have broader consequences than previously thought.

Rather than just being a pain reliever, acetaminophen can be seen as an all-purpose emotion reliever.”

In fact, research suggests that it’s the highs and lows of social relationships that provide the highest highs and lowest lows.

As every dieter knows, planning a diet and actually following through are two completely different things.

The reason is that most people think their conscious thoughts and intentions will change their behaviour, when in fact they don’t.

What really drives a lot of actual, real-world dieting behaviour is the emotions.

Dr Marc Kiviniemi, a public health researcher at the University at Buffalo, explained:

“The crux of the disconnect is the divide between thoughts and feelings.

Planning is important, but feelings matter, and focusing on feelings and understanding their role can be a great benefit.

If you’re sitting back conceiving a plan you may think rationally about the benefits of eating healthier foods, but when you’re in the moment, making a decision, engaging in a behavior, it’s the feelings associated with that behavior that may lead you to make different decisions from those you planned to make.”

10. You really can smell happiness

People communicate their happiness to others through their perspiration.

Previous studies have shown that we can smell fear and disgust in sweat — but happiness has been more of a gray area.

Professor Gün Semin, a psychologist at Utrecht University in the Netherlands, who led the study, said:

“Our study shows that being exposed to sweat produced under happiness induces a simulacrum of happiness in receivers, and induces a contagion of the emotional state.”

Woman and sunset image from Shutterstock