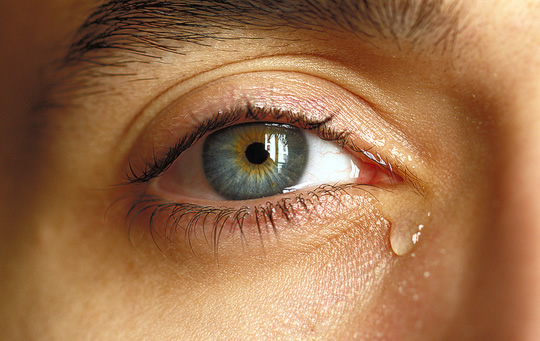 Crying tears of joy may be the mind’s way of restoring emotional equilibrium, according to a new study.

Shedding tears might seem a strange response to happiness, but a new study suggests that it helps people cope with overwhelming emotions.

Dr. Oriana Aragon, the study’s lead author, was surprised that no one had investigated why people sometimes respond by crying to strong positive emotions:

“They seem to take place when people are overwhelmed with strong positive emotions, and people who do this seem to recover better from those strong emotions.”

The study’s authors give all kinds of examples:

In the study, to be published in Psychological Science, people’s responses were tested to all sorts of scenarios, including cute babies and happy reunions (Aragon et al., 2014).

The results showed that people whose reactions were negative when faced with positive news were better able to control their emotions.

Some people were also particularly adept at controlling their emotions in this way.

People who were likely to pinch a cute baby’s cheek were also more likely to cry at a child’s graduation.

There was also some evidence that this emotional regulation system works to rebalance the effects of negative emotions by fighting them with positive ones.

For example, people will sometimes laugh (nervously) when they are faced with frightening or dangerous situations.

People have even be known to smile when they are actually feeling very sad.

“These insights advance our understanding of how people express and control their emotions, which is importantly related to mental and physical health, the quality of relationships with others, and even how well people work together.”