PsyBlog’s 10 Most Popular Psychological Insights From 2012 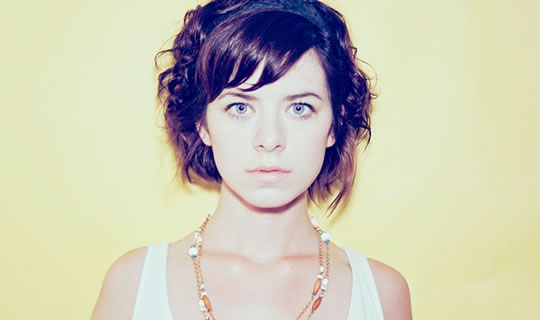 How the mind works, the dark side of creativity and how to be a great leader: these and more…

Here’s my review of the psychological insights covered here on PsyBlog in 2012 that have proved most popular with you, the readers.

1. How the mind works

Never let it be said that the titles for my articles lack ambition! Here we dipped our toes into 10 counterintuitive psychology studies, the findings from which help show that psychology is much more than just common sense.

Insights included the fact that suppressing your thoughts is counter-productive, brainstorming doesn’t work and hallucinations are more common than you’d think.

2. How to be a great leader

We could really do with some more modest leaders, don’t you think?

3. The dark side of creativity

Creativity is always a favourite topic here on PsyBlog but usually we’re talking about the positive aspects. Like most things in life, though, creativity has two sides.

Yes, we need all those creative people or the world would be a much more boring place, but take heed and watch out: they’re dangerous!

While our thoughts are on darker matters, here’s a quote from Bertrand Russell:

The simple reason is that the incompetent don’t learn from their mistakes. Even telling them seems to make little difference. Unfortunately talented people also tend to underestimate their brilliance. Could this partly be why society doesn’t change?

To cheer you up after that, here’s a neat, multi-purpose mind hack.

Imagine you’re suddenly in another country, thousands of miles away. This is one way of achieving psychological distance, which has all sorts of neat effects.

Evidence from studies in the last few years has shown that this can help challenging tasks seem easier, generate self-insight, increase persuasiveness, increase emotional control and much more.

It seems like a simple question, but why do people yawn? It turns out that it isn’t just because of boredom or tiredness, but it may also be a social signal or possibly a way of cooling down the brain.

Whatever it is, the best way to stop a chronic attack of yawning is to put a cold cloth on your forehead and breathe through your nose.

(I don’t recommend doing this in a meeting, though, even if it is really, really boring.)

7. How to defeat persistent unwanted thoughts

As we found out earlier in the year, trying to suppress thoughts tends to make them come back stronger. So, what can you do when plagued by thoughts that just won’t go away? Some suggestions on how to defeat persistent unwanted thoughts came from expert on the subject, Professor Daniel Wegner.

They included focused distraction, thought postponement, paradoxical therapy, meditation and writing about it. Some are relatively new techniques, but all are likely to beat the most natural response of trying to push unwanted thoughts out of mind.

8. Memory enhanced by a simple break after reading

I really like this study that found that a 10-minute break after reading enhanced recall 7 days later.

It corroborates my own perception that I remember books better which I’ve read on trains, perhaps because I pause more often to contemplate the view, so enhancing the memory.

Inspired by the short article on taking a break after reading, I dug up more fascinating facts about how memory works. This culminated in one of my personal favourites of the year.

In ‘How Memory Works: 10 Things Most People Get Wrong‘, I covered some of the vital but less-known facts about memory. These include that forgetting helps you learn, recalling memories alters them and that learning depends heavily on context. Most controversially of all, though: memory does not decay.

Bit of cheat now because this article comes from 2009: how long does it take to form a habit? But, it was the wonderful response by you to this article 3 years ago which sparked off a journey that led to my new book: ‘Making Habits, Breaking Habits: How to Make Changes that Stick‘.

It looks at how habits work, why they are so hard to change, and how to break bad old cycles and develop new healthy, creative, happy habits. Some of the answers, I think, will surprise you. As ever here, the book is based on findings from psychological science.

It’s available now on Amazon.com or Amazon.co.uk and at all good retailers.