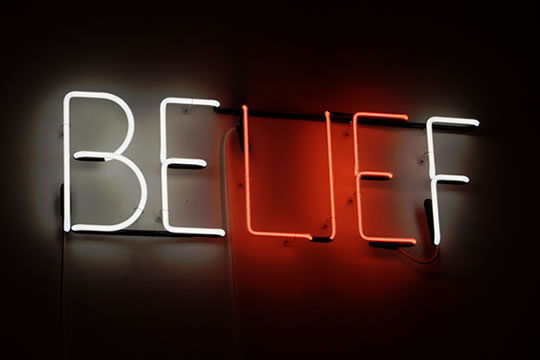 Some people believe all kinds of weird stuff including…

…no, actually, for a very good psychological reason I’m not going to repeat any of it here.

Let’s just say that some people believe weird stuff and leave it at that. It turns out that just one of the fascinating reasons that people accept odd ideas is that they keep getting repeated, even if only to debunk them.

So, where does all this misinformation come from, why do people believe it and how can right-thinking people counter it?

(The following is based on an excellent article by Professor Stephan Lewandowsky and colleagues).

Where misinformation comes from

People love sensational stories. They like to pass on tales that make the listener very happy, disgusted or afraid: anything that provokes a strong emotional response.

Neutral stories, which are probably more likely to be true, but much more boring, therefore get short shrift.

More bizarrely, people have been shown to believe things that they’ve read in novels that have clearly been totally made up. This is true even when:

This may be partly because people’s defences tend to be lower when they’re consuming popular entertainments.

We may all be aware that politicians will say anything to get elected, but can we tell the difference between the truth and the lies they’ve told?

Studies have found that, in fact, people find it very difficult tell the difference. It seems that knowing that politicians lie is no barrier to people believing those lies.

The usual sources of misinformation in the media are oversimplification and the need for providing balance.

The need for balance is an interesting one because the issues themselves aren’t always ‘balanced’. For example over 95% of climate scientists agree that the Earth is warming due to greenhouse-gas emissions, but you wouldn’t know that from many media debates on the issue, which are hobbled by the perceived need to always provide a ‘balanced’ viewpoint.

There are a lot of good things to be said about the internet but it’s still a source of fantastic amounts of misinformation. Here’s a frightening fact:

Plus people tend to seek out information that confirms their existing points of view. And this is an exercise that has become much easier now the internet provides such a huge range of viewpoints. No matter what people believe they can find some other people who also believe it to back them up.

It’s pretty clear that lies and misinformation are floating about all over the place. But if we all know that politicians, the media and the internet sometimes lie, then how come some people end up believing it?

The problem is that the way people go about believing things (or not) is fundamentally weird. Few bother actually checking the facts for themselves; the majority use these mental short-cuts:

But this still doesn’t explain why people continue to believe all kinds of weird stuff, even after it’s been proven to them that it’s false. It turns out that even once misinformation has been completely retracted and those involved have admitted it was lies, the misinformation is difficult to kill.

There are all sorts of reasons but one is based on how memory works: we tend to find it much easier to recall the gist of things rather than the exact details. Usually this is handy because it means we can learn specific things, say that cooking beef makes it easier to digest, and generalise it to the fact that cooking makes many foods more palatable.

The down side of this is that it’s easy for people to remember the gist of some piece of misinformation (the moon is made of cheese), but forget that they heard it from a totally unreliable source (a mischievous child).

So, is it possible to kill off misinformation? Lewandowsky and co-authors say yes, but it’s hard and you will need help from these 8 psychological techniques:

1. More than the truth

Changing people’s minds isn’t just about telling them they are wrong; if only it were. To be convinced people need to hear an alternative account that explains why something happened, not just that the misinformation is wrong. Ideally it should also explain the motivations for the lie.

This alternative account, though, shouldn’t be too complicated. The shorter it is, the sweeter it will work. Give people too much and they switch off: just a few salient facts will do.

You’ll have to repeat the myth once, though, so people know what you’re talking about. So tell them beforehand that there is misleading information coming.

Then, after the myth, keep repeating the facts. Each repetition builds up the rebuttal’s strength in people’s minds. The power of repetition to influence people is clear, see: The Illusion of Truth.

What is the source of the misinformation? And what do they know? Nothing! Encouraging people to be a little more sceptical can help.

One of the challenges here is that people tend to believe those who say things that fit in with their worldview. So that’s why it’s important to…

You have to keep the audience onside, even if you’re telling them things they don’t want to hear. You can do this by framing things within the audience’s world-view. For example you might say to a ‘birther’: “Hey, neither of us likes Obama or his politics, but the fact is he was born in Hawaii.”

Telling people things they don’t want to hear is a balancing act. You’ve got to go far enough to make the point, but not so far as to put them off.

Another way of avoiding people’s natural resistance to facts they find unpleasant is to get them to affirm their identity. So you might indirectly get people to think about things that are important to them like their family, friends and ideals.

Research suggests this helps people deal with inconsistencies between their beliefs and the new information that is conflicting with it.

Of course all these techniques are already used by opinion-formers and influencers, which is why it’s so important to know about them. As Lewandowsky and colleagues conclude:

“Correcting misinformation is cognitively indistinguishable from misinforming people to replace their preexisting correct beliefs. It follows that it is important for the general public to have a basic understanding of misinformation effects… Widespread awareness of the fact that people may “throw mud” because they know it will “stick”…will contribute to a well-informed populace.”