How Does The Cleanliness of Money Affect Our Spending? 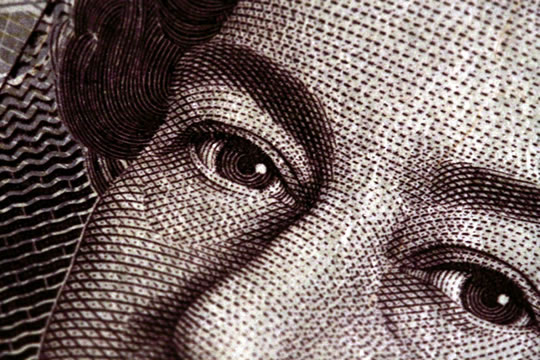 New study shows when dirty money is more likely to stay in your pocket.

With the rise of credit cards, PayPal and other ways of transferring cash electronically, real cash-money is in decline. Like CDs and books before it, the folding stuff looks certain to be another victim of technological advances.

But not just yet.

We still love our cash and it turns out that money’s physical manifestation has all sorts of interesting psychological effects on us.

We are also emotionally attached to our currency. Americans continue to resist the introduction of a dollar coin, preferring the dollar bill, and British people like their pound over the euro.

So what about the effects of dirty money? I don’t mean money that’s the result of criminal activities; I mean, literally, money that is soiled.

As bills circulate, they pick up all sorts of muck, including bacteria and traces of illegal drugs. In fact, in the UK 80% of banknotes contain traces of illicit substances, usually cocaine—surprisingly it’s not an urban myth. Similar rates have been found in the US and elsewhere around the world.

Naturally dirty bills are periodically replaced. The average $1 bill in the US is in circulation for about 18 months while for the less-used $100 bill it’s about nine years.

This means that when you go to the cash machine, sometimes you get a bunch of crisp, new notes and sometimes it’s a little wedge of crinkled up scraps that look like they’ve been around the block more than a few times.

Surely everyone prefers to get the crisp new notes from the machine. But does it make any difference to how we spend it whether money looks new and crisp or old and soiled?

Out with the old

In a new study by Muro and Noseworthy (2012) they found that it does. Across a series of experiments, when people were given old, worn bills they usually spent more than when given crisp new ones.

So it seems we generally prefer to get rid of old notes and keep the new ones. But this isn’t always true; sometimes the dirty money stays in our pockets.

All of the transactions in the previous study were made by people on their own. What happens when there are others around?

The researchers found that in public our preferences reverse. When we think other people are watching us, we are more likely to spend the crisp new notes, rather than the old crinkled ones, if we have a choice.

This study demonstrates two interesting things. Firstly, we find soiled bills disgusting and want to get rid of them. Secondly, when other people are watching we prefer to show off our crisp, new bills, despite the fact it means we have to keep the dirty bills instead.

Once again it shows the emotional attachment we have towards inanimate objects that, on the face of it, seem interchangeable. People in this study felt measurably more pride towards their crisp bills than the dirty ones.

It’s the same reason some people still love vinyl and the traditional dead-tree-type-book: the physical form that things take has a strong effect on us; it’s not just about the information that’s contained within.


The Psychology of Money

→ This post is part of a series on the the psychology of money: