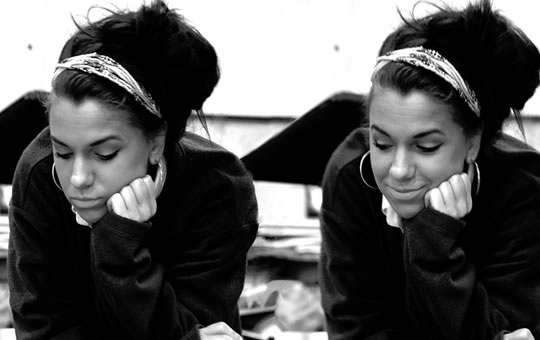 • Next article in this series: 10 Step Guide for Making Your New Year’s Resolutions

• Previous article: Get the First Chapter of ‘Making Habits, Breaking Habits’ for Free

Which do you prefer to get first: the good news or the bad news?

“Imagine that you have two letters in your mailbox. One notifies you that you were caught on camera speeding and must pay a fine. Another is a nice handwritten letter from your best friend who lives in a foreign country. Which one would you prefer to read first?” (Sul et al., 2012)

We are forced to make decisions like this all the time. The habitual way in which we deal with how to order our happy and less happy experiences may have important consequences for how happy we feel overall.

In a new study participants were given pairs of everyday events, both uplifting and depressing, to see how they chose to order the experiences (Sul et al., 2012).

Some of the pairs were both uplifting, some both depressing and some mixed, for example:

Participants could not only choose the order of the events but also their timing. Unsurprisingly, perhaps, people preferred to spread out the pairs of uplifting events, and the same was true of the pairs of depressing events.

When both good and bad things happen you don’t usually want it all on the same day. It’s better to spread out both pain and pleasure—the pain so you can recover and the pleasure so you can savour it.

Life, of course, tends to be more mixed and so it’s the mixed pairs that are most interesting. How did people deal with pairs of good and bad events?

Firstly, about three-quarters of people preferred to get the bad news first. This is a consistent finding: most people prefer to end on a happy event rather than a depressing one.

Secondly, the researchers found that people who reported being happier showed a stronger tendency to use a positive social event, like meeting up with a close friend, right after losing some money. They seemed to have the potentially happy habit of using socialising more quickly after their loss to fix their bad moods.

Happier people also tended to use socialising as a buffer against negative events, no matter what they were.

In contrast less happy people tended to use positive financial events as buffers against negative events, rather than social ones.

We can’t tell directly from this study that this method of off-setting depressing events with happier social ones really does make people happier overall, although it’s a very good bet that it does.

This is a great insight into the everyday experience of how we choose to order painful and pleasurable experiences. It’s a step on from whether you choose the good or bad news first, and starts to tell us something about when and how the good news can be most effective at cheering us up.