The Illusion of Transparency 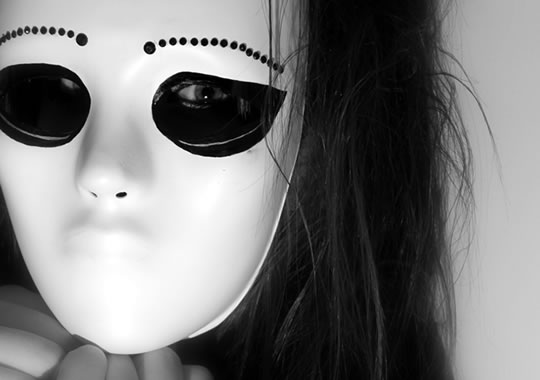 Other people can’t read your mental state as well as you think.

Most people hate public speaking. The very idea starts the palms sweating and the stomach churning.

It makes sense: with everyone’s eyes on you, the potential for embarrassment is huge. Crowds, we are told, can sense our nerves.

Or can they? We may feel terribly nervous here on the inside, but what can other people read from our facial expressions, speech patterns and general demeanour?

When this is tested experimentally we find an interesting thing.

In one study in which people gave extemporaneous speeches, participants were asked to rate their own nervousness (Savitsky & Gilovich, 2003). This was then compared with audience ratings.

The results showed that people tended to over-estimate just how nervous they appeared to others. And this is a consistent finding. We think others can read more from our expressions than they really can.

In other studies people have been tested trying to hide the lies they are telling, as well as their disgust at a foul-tasting drink and even their concern at a staged emergency. In every case people think their emotions are more obvious to others than they actually are (Gilovich & Savitsky, 1999).

Sometimes simply knowing this can help. In a follow-up to the public speaking study, some participants were told that they didn’t look as nervous as they felt. These people went on to deliver better speeches as their nerves didn’t get to them so badly.

Tap out a song

Psychologists call this the ‘illusion of transparency’. It’s the idea that we feel our emotions are transparent to others when in fact they are not, or at least not as much as we think.

You can test this illusion by tapping out the rhythm to a song and getting a friend to try and guess what it is.

When this study was carried out, people guessed that those listening would get it about 50% of the time (Newton, 1990; PhD dissertation). In fact it’s incredibly hard to guess. Listeners in this study got it right less than 3% of the time.

This was true even though the songs were incredibly well-known—in this case it was “Happy Birthday To You” and “The Star-Spangled Banner”.

When you do this with a friend, you find yourself staring in amazement at them because it seems so obvious. You can hear the chords thundering away in your head as you tap, but you forget that they can’t.

Just the same is true of written communication. When you write an email it seems perfectly obvious to you what you meant but language is open to interpretation and sometimes the meaning gets twisted or lost in the journey from one mind to the next.

None of this means, of course, that our thoughts and feelings are totally impenetrable to others. Nevertheless the illusion of transparency is worth bearing in mind as it affects so much of our everyday life and helps explain arguments that begin with: “But I thought it was obvious how I felt…”