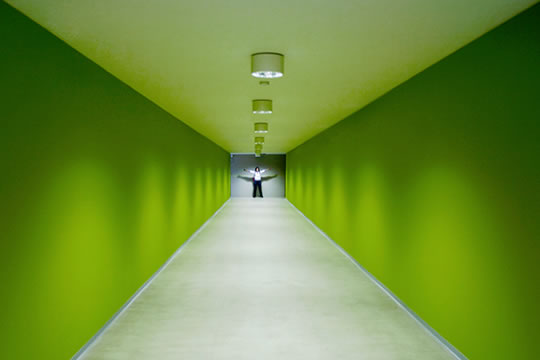 This mind hack is simple: you imagine yourself way off in the future, or living in a different country or as a different person. The aim is to have that feeling of detachment, of stepping outside yourself, by whatever means you can.

This puts you into an abstract or psychologically distant frame of mind that has all kinds of effects on your perceptions of the world. Here are ten of my favourite examples:

When you are finding a task difficult, increasing your psychological distance from it makes it feel easier:

“Activating an abstract mindset reduced the feeling of difficulty. A direct manipulation of distance from the task produced the same effect: Participants found the task to be less difficult when they distanced themselves from the task by leaning back in their seats.” (Thomas & Tsai, 2011)

When things go wrong in life and you’re trying to work out why, psychological distance can help:

“…directing people to analyze their feelings surrounding negative autobiographical experiences from a self-distanced perspective (i.e., thinking about oneself from the perspective of a “fly on the wall”), in comparison to a self-immersed perspective (first-person perspective), leads them to experience less emotional and physiological reactivity in the short term, while buffering them against negative outcomes associated with rumination over time.” (Ayduk & Kross, 2010)

When people are considering a purchase, they are more persuaded when the framing is psychologically distant:

“Findings from two experimental studies, consistently show that consumers in a predecisional mindset (i.e., consumers still deliberating on an unresolved decision), are more likely to be persuaded by messages with psychologically distant orientation, which emphasize the future or target a distant other…” (Nenkov, 2012)

Psychological distance can give us emotional distance:

If you are a very emotional person, psychological distance can be a useful technique to control your emotions:

“a complementary matching of psychological distance to one’s habitual perspective generally leads to better emotion regulation; specifically, individuals with high avoidant attachment, who habitually distance themselves from their experiences, may benefit from psychological immersion, while individuals with high anxious attachment, who habitually immerse themselves in their experiences, may benefit from psychological distancing.” (Wang et al., 2012)

5. Beware the illusion of explanatory depth!

Not all the effects of thinking abstractly are positive. One of the dangers of abstract thinking is that it leads us to think we understand something better than we do. This is called the ‘illusion of explanatory depth’:

“…many people know vaguely that an earthquake occurs because two geological plates collide and move relative to one another, but again they know little about the mechanism that initially produces these collisions. Nonetheless, people believe they understand these concepts quite deeply, and are surprised by the shallowness of their own explanations when prompted to describe the concepts thoroughly.” (Alter et al., 2010) 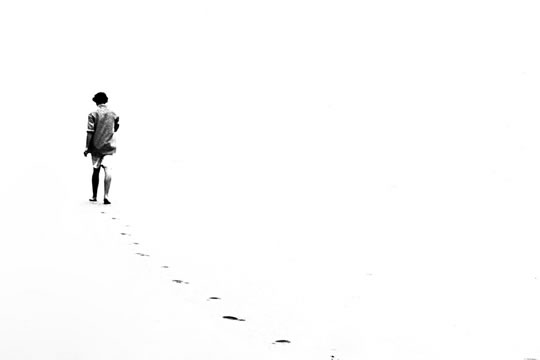 6. Be true to yourself

“…can help to guide action at a distance by consistently reflecting a person’s core values and ideals, which are likely to be shared within important relationships or groups.” (Ledgerwood et al., 2010)

In other words: when we think abstractly or with psychological distance we are truer to ourselves.

People tend to be more polite when they are thinking abstractly:

“People often recommend physical separation from creative impasses by taking a break, but psychological distance can be just as useful. Participants in one study who were primed to think about the source of a task as distant, solved twice as many insight problems as those primed with proximity to the task (Jia et al., 2009).”

From How to Improve Your Self-Control:

“…participants who had been encouraged to think in high-level, abstract terms demonstrated greater self-control in enduring the discomfort of the hand-grip in order to receive more accurate personality profiles.”

Being wise means seeing the bigger picture. Abstract thinking and psychological distance can help you do that: