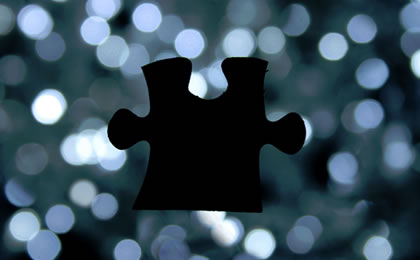 Looking for the last piece of the puzzle? Try these 7 research-based techniques for increasing creativity.

Everyone is creative: we can all innovate given time, freedom, autonomy, experience to draw on, perhaps a role model to emulate and the motivation to get on with it.

But there are times when even the most creative person gets bored, starts going round in circles, or hits a cul-de-sac. So here are 7 unusual creativity boosters that research has shown will increase creativity:

◊ For insight: Try imagining your creative task as distant and disconnected from your current location. This should encourage higher level thinking.

The mind is desperate to make meaning from experience. The more absurdity it experiences, the harder it has to work to find meaning.

Participants in one study read an absurd short story by Franz Kafka before completing a pattern recognition task (Proulx, 2009). Compared with control participants, those who had read the short story showed an enhanced subconscious ability to recognise hidden patterns.

Positive emotional states increase both problem solving and flexible thinking, and are generally thought to be more conducive to creativity. But negative emotions also have the power to boost creativity.

One study of 161 employees found that creativity increased when both positive and negative emotions were running high (George & Zhou, 2007). They appeared to be using the drama in the workplace positively. 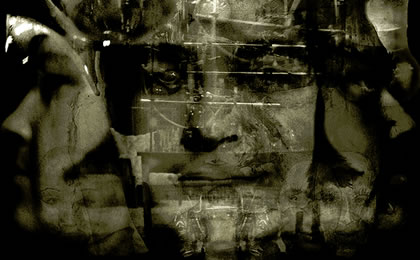 Called ‘Janusian thinking’ after the many-faced Roman god Janus, it involves conceiving of multiple simultaneous opposites. Integrative ideas emerge from juxtapositions, which are usually not obvious in the final product, theory or artwork.

6. Path of most resistance

When people try to be creative they usually take the path of least resistance by building on existing ideas (Ward, 1994). This isn’t a problem, as long as you don’t mind variations on a theme.

If you want something more novel, however, it can be limiting to scaffold your own attempts on what already exists. The path of most resistance can lead to more creative solutions.

People often jump to answers too quickly before they’ve really thought about the question. Research suggests that spending time re-conceptualising the problem is beneficial.

Mumford et al. (1994) found that experimental participants produced higher quality ideas when forced to re-conceive the problem in different ways before trying to solve it. Similarly a classic study of artists found that those focused on discovery at the problem-formulation stage produced better art (Csikszentmihalyi & Getzels, 1971).

Despite all the high falutin talk of Nobel Prize winners and artists, all of these methods can be applied to everyday life.

Combining opposites, choosing the path of most resistance, absurdism and the rest can just as easily be used to help you choose a gift for someone, think about your career in a new way or decide what to do at the weekend. ‘Off-duty’ creativity is just as important, if not more so, than all that ‘serious’ creativity.