Why Do People Yawn? 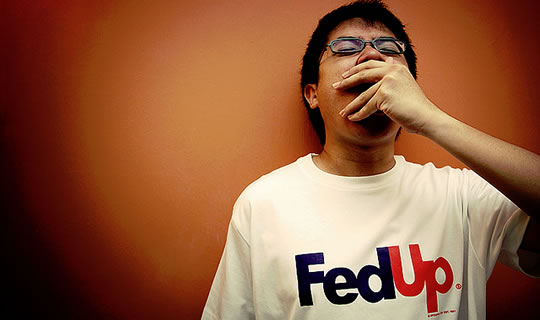 Could yawning be all about cooling down the brain?

Yes, it’s true people do yawn more at bedtime or after they’ve woken up and they do yawn when they’re bored (people even yawn in their sleep).

But yawning isn’t that simple. If it was, how could you explain that some paratroopers yawn before their first jump, as do some violinists before they go on stage and Olympic athletes before their event (Provine, 2005). These are hardly situations in which people are likely to be bored.

Many people believe that yawning gets more oxygen into the body or expels more carbon dioxide. But this is not true. The theory is now thought to be seriously flawed, if not plain wrong.

The truth is no one really knows the real root cause of a yawn. Some good guesses have been made, though, and it’s likely that some combination of them is true. First let’s look at the physiological, before we get onto the psychological.

My favourite physiological reason for yawning is that it might help cool the brain down (Gallup & Gallup, 2007). Our brains work best within a narrow temperature range and yawning increases blood flow to the brain which acts like a radiator to move heat away from it.

Oddly this may help explain the paratroopers jumping out of a plane. When you’re about to do something stressful you need your wits about you so yawning may help put your brain into tip-top working order.

Yawning may also partly be about stretching muscles since yawning sets off the urge to stretch. After stretching we’re ready to act, say by running away from a predator.

It’s well-known that yawns are contagious. Just by reading about them here, you’re more likely to start yawning. In fact I can feel a yawn coming on now.

Yawns are most contagious between members of the same family, followed by friends, acquaintances and lastly strangers (Norsica et al., 2011).

But not everyone is susceptible to the yawn contagion. People who are particular empathic seem sensitive to other people yawning. So test a friend’s empathic ability by yawning to see if they follow suit (Platek et al., 2003).

So, why is yawning contagious in the first place? It could just be that we copy each other’s yawning for the same reason we copy other aspects of their body language: to fit in and be liked (see: The Chameleon Effect).

But it could also be that the yawn is a social signal to stay alert even though things are boring at the moment. The yawn might help to increase alertness and so keep our hunter-gatherer forebears alive for a little longer.

Or finally it could just be a way of signalling to others that we’re relaxed in stressful situations. Despite being about to jump out of an aeroplane at 5,000 feet, give a virtuoso performance to a packed concert hall or win Olympic gold, frankly we’re  just not that bothered.

How to stop an attack of the yawns

Finally, how might you combat a monster attack of the yawns? A couple of clues come from a case study of two patients suffering from chronic attacks of yawning (Gallup & Gallup, 2010). Neither patients were regularly tired or were having problems with their sleep.

They both found that applying a cold cloth to their foreheads or nasal breathing stopped their symptoms. They both had problems regulating their body temperature so the hot brain theory of yawning might have something to it.