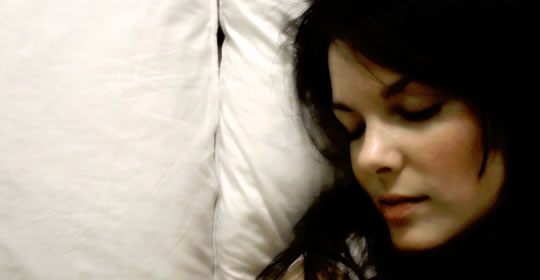 • Next article in this series: Rethinking The Stress Mindset: Can You Find The Upside of Pressure?

Poor sleep results in worse cognitive performance, including degraded memory, attention, performance and alertness. And in the long term insomnia is also associated with anxiety and depression. And people’s sleep gets worse as they get older. After 65 years old, between 12% and 40% of people have insomnia.

All sorts of methods have been tried to combat poor sleep, from drugs through psychological remedies to more outlandish treatments.

Professor Richard R. Bootzin has been researching sleep disorders for many years at the University of Arizona Sleep Research Lab. Writing in the Annual Review of Clinical Psychology, he describes the different psychological approaches that have been used to treat insomnia (Bootzin & Epstein, 2011).

Of these the most successful single intervention is called Stimulus Control Therapy (Morin et al., 2006). You’ll be happy to hear it consists of six very straightforward steps. If you follow these it should improve your sleep. After the list I’ll explain the thinking behind them. First, here are their six steps:

This method is based on the idea that we are like Pavlov’s drooling dog. We attach certain stimuli in the environment to certain thoughts and behaviours. Famously Pavlov’s dogs would start drooling when a bell rang, because they associated hearing the bell with getting food. Eventually the dogs would drool at the sound of the bell even when they didn’t get any food. Replace the bell with a bed and food with sleep and conceptually you’re there.

If we learn to do all kinds of things in bed that aren’t sleep, then when we do want to use it for sleep, it’s harder because of those other associations.

Other treatments supported by the research are progressive muscle relaxation, which is exactly what it sounds like, and paradoxical intention. This latter technique involves stopping people trying so hard to get to sleep. The paradox being that when people stop trying so hard, they find it easier to fall asleep.

All this assumes you don’t live next door to a late night drummer and you’re not downing a double espresso before hitting the sack, but those sorts of things are pretty obvious. Everything else being equal, though, Stimulus Control Therapy seems the easiest for most people to implement.