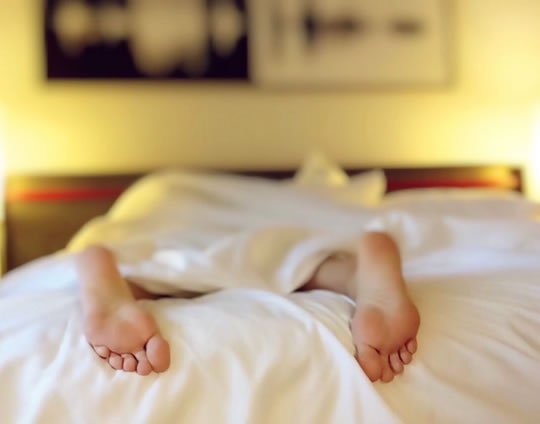 Supplement found to buffer the body against stress and improve sleep.

For a long time probiotics — the so-called ‘good bacteria’ in fermented foods and elsewhere — have been linked to all sorts of physical and psychological benefits.

Now the lesser-known prebiotics are getting in on the act.

Prebiotics are dietary fibres found in foods such as:

Prebiotic fibre — also available as dietary supplements — can improve the health of your gut by helping beneficial bacteria to multiply.

New research has found that prebiotics can help improve sleep and protect the body against stress.

Dr Agnieszka Mika, one of the study’s authors, explained:

“Acute stress can disrupt the gut microbiome, and we wanted to test if a diet rich in prebiotics would increase beneficial bacteria as well as protect gut microbes from stress-induced disruptions.

We also wanted to look at the effects of prebiotics on the recovery of normal sleep patterns, since they tend to be disrupted after stressful events.”

The study, carried out on rats, found that prebiotics increased both major types of sleep (REM and NREM).

“Given that sufficient NREM sleep and proper nutrition can impact brain development and function and that sleep problems are common in early life, it is possible that a diet rich in prebiotics started in early life could help improve sleep, support the gut microbiota and promote optimal brain/psychological health.”

Dr Robert S. Thompson, the lead author of the research, explained that the rats were also stressed:

“The stressor the rats received was the equivalent of a single intense acute stressful episode for humans, such as a car accident or the death of a loved one.

A next set of studies will be looking exactly at that question – can prebiotics help humans to protect and restore their gut microflora and recover normal sleep patterns after a traumatic event?”

Professor Monika Fleshner, another study author, thinks it is too early to recommend prebiotic supplements for sleep problems.

“So far no adverse effects from prebiotics have been reported, and they are found widely in many plants, even present in breast milk, and are already commercially available.”

The study was published in the journal Frontiers in Behavioral Neuroscience (Thompson et al., 2017).