Insomnia: One Simple Instruction Could Prevent 80% Of Chronic Problems 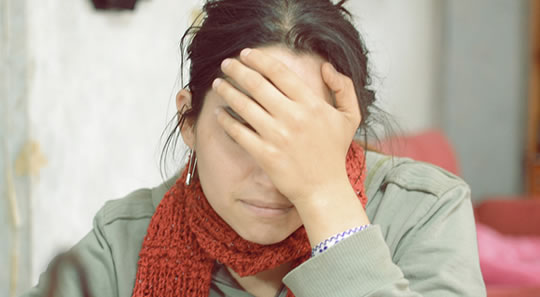 Between 20 and 50 per cent of Americans suffer from acute insomnia.

Researchers followed people’s sleeping habits over a year to see how short-term sleeping problems either resolved themselves or became chronic.

They concluded that 70 to 80 per cent of short-term insomnia could be nipped in the bud by spending less time in bed.

“Those with insomnia typically extend their sleep opportunity.

They go to bed early, get out of bed late, and they nap.

While this seems a reasonable thing to do, and may well be in the short term, the problem in the longer term is it creates a mismatch between the individual’s current sleep ability and their current sleep opportunity; this fuels insomnia.”

The researchers followed 416 people classed as ‘good sleepers’ over a year.

Even among the good sleepers, 20% suffered insomnia over the year, with around half of these recovering and the remainder developing some sort of longer term sleep problem.

The researchers were interested in seeing how people dealt with lost sleep.

Some people extended their sleep to try and make up for the lost time.

This was a mistake, as Dr Perlis explained:

“Acute insomnia is likely a natural part of the human condition.

If you think about the fight flight response, as trigger for sleeplessness, this makes sense.

That is, it shouldn’t matter that it’s 3 a.m. and you’ve been awake for the last 22 hours, if you’re being threatened and you believe there is a threat to your quality of life or existence, it’s not a good time to sleep.

It is understandable that sleeplessness has persisted as an adaptive response to such circumstances.

In contrast, it’s hard to imagine how chronic insomnia is anything but bad…and the clinical research data support this position given chronic insomnia’s association with increased medical and psychiatric morbidity.”

So, while it’s natural to try and catch up on lost sleep — this is a mistake.

It is far better to go to bed when you are tired and get up when you wake up and can’t get back to sleep.

The study was presented at SLEEP 2016, the 30th annual meeting of the Associated Professional Sleep Societies LLC