What We Don’t Know About Shopping, Reading, Watching TV and Judging People 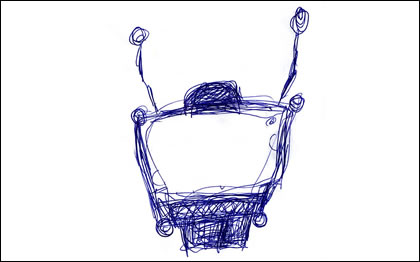 Psychology studies that rely on deceiving participants have shown we often have little clue what’s going on in our own minds. But what about in everyday situations where trickery isn’t involved?

Here are four everyday situations – shopping, reading, watching TV and judging other people – and four experiments that show how little we know in each situation about what’s really going on in our minds (Nisbett & Wilson, 1977).

Quite by accident they discovered a positional effect for the identical goods: people seemed to prefer the item that was on the far right. In fact this effect was really obvious for the stockings. The right-most pair, although identical to the left-most was preferred by a factor of four to one.

When asked why they had chosen a particular item, no one mentioned its position. Even when experimenters suggested to people that the position might have an effect, most participants looked at best very confused and at worst utterly dismissive.

Result: these people didn’t have a clue why they preferred one identical pair of stockings over another.

In this study participants read a passage from the novel ‘Rabbit, Run’ by John Updike. The extract from the book involves an emotionally charged scene in which an alcoholic mother, while washing her baby in the bath, accidentally drowns and kills her.

Then, if they were in condition 2, 3, or 4 participants were shown the parts that had been deleted and asked if it would have made any difference to the emotional impact of the extract if they had been included.

Result: participants thought a particular small part of the scene would increase the overall emotional impact of an extract from a story. In fact it made no measurable difference at all.

This was similar to the previous study on reading. Except in this one, the experimental group were distracted from watching TV by both a noise outside and poor focus on the TV.

The results, while not as comprehensive as the reading study, still showed that more than half of the participants thought the noise had impaired their interest in the film or judgement of the people in it. In fact the ratings from the control group again showed that it hadn’t affected their judgement at all.

Result: participants thought distractions impaired their enjoyment of a TV program – in fact it made no difference.

In a study I reported recently on ‘the halo effect‘ student’s judgements of a lecturer’s accent, mannerisms and physical appearance were all affected by his apparent likeability. But, again, when interviewed afterwards, the participants were completely unaware of what had influenced their judgements.

In fact many thought it was his accent, physical appearance and mannerisms that had affected his likeability.

Altogether these four studies show how little access we have to unconscious processes during everyday activities. The first and last, about shopping and judging others, both show how we often fail to spot effects that are really there. The second two, on reading and watching TV, show how we sometimes assume effects are there, when really they’re not.

This is just a sample of some of the studies reported by Nisbett and Wilson back in the late 70s. There have been many more similar results since. They all help to reinforce the fact that in real-life everyday situations we often have little or no access to our own thought processes.

We probably spend much of our lives making plausible but ultimately incorrect guesses about the inner workings of our minds.