When We Are Fools to Ourselves 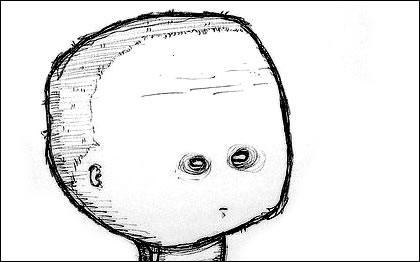 Accessing our own higher mental processes is often difficult. Psychologists have found it easy to manipulate the reasons we give for decisions, judgements or actions. Worse than this, even when we’re not actively being manipulated, we regularly fool ourselves without the need of any encouragement.

But are these mistakes systematic in any way? Nisbett and Wilson (1977) provide five factors likely to have a huge effect on how accurately we report our own higher mental processes. These give us useful clues about when we’re most likely to be fooling ourselves.

Many of our actions, thoughts and feelings are probably motivated by things that happened a long time ago. The problem is that over time we easily forget. Even things that only happened relatively recently may also pass quickly out of conscious thought, and so we don’t consider them potential motivators.

The reverse is also true. When cause and effect are close together we’ve got a much better chance of picking up on it.

Sometimes the mechanics of our thoughts are just plain weird. A good example is the study that found shoppers, when choosing their favourite from four identical pairs of stockings, were heavily biased towards the pair on the right (described here under ‘shopping’).

There are all sorts of strange biases like this and they make it much harder for us to guess what’s going on in our own minds.

Sometimes it’s of vital importance when nothing happens. For example if someone doesn’t like us they are usually not directly hostile, but they will often avoid showing friendly behaviours towards us. In this situation it’s hard to tell because an absence of something is difficult to spot.

Conversely it’s much easier to guess that someone doesn’t like us when they walk up and punch us on the nose. Then we get the message real quick.

There’s all kinds of nonverbal behaviours that effect us. These include the exact type of smile we display, and even how we synchronise our body language with others.

This fact probably helps to explain why we sometimes only get a vague feeling that a person doesn’t like us. This information will often be primarily conveyed through their body language which we only process unconsciously.

5. Mismatch between cause and effect

Sometimes great effects are produced by tiny causes. Think of the metaphor used to explain Chaos Theory about the proverbial butterfly flapping its wings over China causing a huge storm in another part of the world.

Intuitively these sorts of explanations don’t appeal to us. Great effects should have great causes. Because of this we’re likely to miss the connection between cause and effect when there is a mismatch in size.

Knowing about each of these biases is more than abstractly interesting, it is genuinely helpful in everyday life. It is sometimes easy to form the impression that we know the reasons for the things we do and think. Continually feeding this misapprehension is our need to feel in control of ourselves.

In fact, as this series of posts shows, there are a whole variety of situations where we have little or no clue what’s going on in our minds. While it’s not always beneficial to announce to other people we have no clue why we made a particular decision or performed a particular act, it’s extremely useful to admit this to ourselves. Or, at the very least, to be sceptical about the reasons we attribute to our thoughts and behaviours.