The Hidden Workings of Our Minds 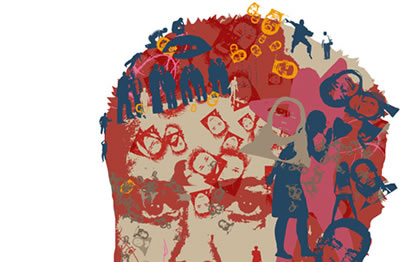 How do great artists create? How do brilliant scientists solve the hardest problems in their field? Listen to them try to explain and you’ll probably be disappointed. Artists say mysterious things like: “The picture just formed in my mind.” Writers tell us that: “I don’t know where the words come from.” Scientists say they: “Just had a hunch.”

Of course, not all scientists, artists and writers give such mysterious answers. Some talk about the processes they went through or what inspired their conceptual jump. But their explanations are almost invariable unsatisfying. They usually can’t really explain how they made that vital leap of the imagination. This is strange. Why is it that otherwise brilliant and articulate people seem unable to adequately explain their thought processes? Don’t they know how they did it?

What is true of great scientific and artistic leaps of imagination is also true in everyday life. When people are asked why they chose one career over another, one partner over another or one flavour of ice-cream over another, the same problems emerge. Often, people’s answers are unconvincing or they just don’t know.

Psychologists no longer find this inability to explain our internal mental processes strange. Like Freud all those years ago, modern cognitive psychologists have come to accept that a lot of the time we don’t have much of a clue what’s going on in our own minds, and there’s evidence to prove it.

In a classic review of the literature, Nisbett and Wilson (1977) looked at many, many cognitive and social psychology studies conducted in the 1960s, 70s and earlier. These studies involved manipulating participants’ behaviour. For an example, have a look at my report of this classic study of cognitive dissonance.

After reviewing all these studies where experimenters are messing with participants’ minds, Nisbett and Wilson came to the following conclusions:

Frustratingly, it seems that the most powerful workings of the mind are hidden away from view, even when we go rummaging around. If this is true, what about the explanations that people actually give for their behaviour? Where do these come from and are they ever right?

If Nisbett and Wilson are right it has profound implications for what we can know about our own thoughts and whether we can believe what other people say about theirs.

In the next few posts I’ll explain some of the evidence for these claims. But in the meantime think about a relatively common experience like driving. Most drivers have had the experience of having driven for a length of time without noticing any traffic signals, yet they still stop at every red light.

Some part of our minds has clearly been paying attention and it’s these automatic unconscious processes that are keeping us alive. But there’s a major difference between being on automatic pilot because it suits us, and being unable to get off automatic pilot even if we want to.

It’s this idea of not having access to the vast majority of our own thoughts, even when we try, that has been such a major psychological insight for modern cognitive psychologists.