Do We Know What Makes Us Happy? 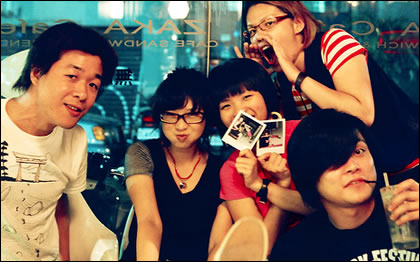 Happiness is all about everyday, normal activities, psychologists have argued, but do we intuitively understand what strategies increase happiness or not? To find out if students knew, Tkach and Lyubomirsky (2006) asked 500 undergraduates about the strategies they used to increase their happiness.

Below are the strategies students reported using, starting with the most frequently used, down to the least. Also, for each strategy Tkach and Lyubomirsky looked at the relationship between its use and students’ reported levels of happiness to see if those who used a particular strategy were actually happier.

Keep in mind that this is a correlational study. That means it can only tell us that two things – like having a social life and happiness – are related, not that one definitely causes the other. That said, there are other studies which do provide evidence of causality in some categories.

1. A social life
Social affiliation – hanging around with friends, helping others – was the most frequently reported method of increasing happiness. It also had the strongest relationship with student’s actual happiness. No surprises here. Experiments manipulating people’s social activity have found that when increased it leads to more happiness. It’s gratifying to see that the number 1, most frequently used strategy probably does work!

2. Acting happy
Direct strategies like ‘acting happy’ and ‘smiling’ were the second most popular. While there is some experimental evidence to back this one up, Tkach and Lyubomirsky are cautious. I’d be cautious as well. ‘Acting happy’ might be useful as a short-term strategy but I’m not so sure about its useful in the long-term.

3. Achieving long-term goals
The students were pretty keen on setting themselves long-term goals for personal achievement, and then sticking to them. This was a relatively popular strategy for increasing happiness and there are also a good few studies to back up this finding. Well done to the students!

4. Passive leisure pursuits
Here’s the first bad boy. Passive leisure, like watching TV or playing video games, while relatively popular, showed no connection with happiness. Experimental studies back this up finding few benefits for happiness from passive leisure activities. So, once again, it’s time to chuck out the the idiot box and the Xbox.

6. Religion
This was a relatively unpopular strategy for increasing happiness, although it is reasonably well-established that religion and being happy go together. Tkach and Lyubomirsky suggest the reason for this connection could be to do with social connectedness, having a sense of purpose in life or even reduced alcohol consumption.

7. Partying and clubbing
Perhaps surprisingly amongst university students this was relatively unpopular as a happiness-enhancing activity. It’s just as well since those who partied more weren’t any happier, once their extraversion was taken into account.

This last category of mental control really stands out: what on earth is it doing on a list of strategies to increase happiness? Statistically it was the strongest predictor of unhappiness. This suggests that a significant minority of people have exactly the wrong idea about what strategies increase happiness.

Passive leisure pursuits is the other category that stands out. All the other categories in the top 6 have at least some connection with happiness. This one has none and yet there it is at number 4 in the list.

The positive message is that generally the strategies that people use to increase their happiness do actually work. We’re relying on self-reports here, so people could well be misrepresenting what they actually do – but at least they mostly know what they’re supposed to be doing.