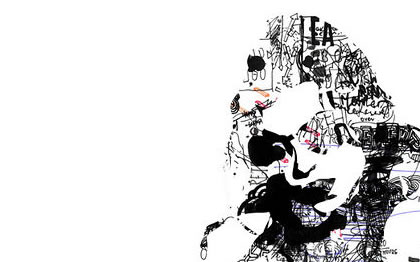 When you change your attitude about something, do you know why? Psychologists have argued that the inner workings of our minds are largely hidden away from us. One aspect of this is the surprising finding that people are often unaware when they have changed their attitudes.

We may well, for example, be able to identify our current opinions on global warming. We might find it easy to say, “Yes, I think global warming is occurring and humans are to blame,” or, “No, it’s just a long-term trend that has nothing to do with humans”. But when our opinions change, by say watching Al Gore’s documentary, ‘An Inconvenient Truth‘, psychologists have found we are unlikely to be aware what changed our minds.

It gets weirder. In certain circumstances we may even be convinced that our attitude has never changed. So that we are convinced our ‘new’ attitude is the one we always had.

Whether or not this sounds far-fetched to you, the effect is dramatically demonstrated in an experiment carried out by Goethals and Reckman (1973).

High school students were asked their opinions on a variety of social issues, including on how children should be bussed to school and whether it would help with racial integration. The actual topic itself doesn’t matter for our purposes, what the experimenters were doing here is getting a measures of participants’ attitudes to a specific issue before the experimental manipulation.

A couple of weeks later the students were invited back for a further discussion on the bussing issue. This time, though, they were split into two groups, one that was pro- and one anti- the bussing issue. These, then, are our two experimental groups, along with a third control group, more of which, later.

The two groups had separate discussions about the bussing issue, but amongst their number had been planted an experimental confederate. The confederate was armed with a series of highly persuasive arguments designed to change the participant’s minds on the issue. Experimenters wanted to turn the pro- group into an anti- group and the anti- group into a pro-group.

The confederates turned out to be extremely persuasive (and/or the students were easy to sway!) and the two groups were successfully turned around.

The results are quite astonishing when you think about it. When compared to a control group who were not involved in the further discussion, neither of the experimentally manipulated groups could accurately remember their original position. What they remembered as their ‘original’ opinion seemed to have been significantly warped by the experimental manipulation.

I think this is absolutely fantastic.

So, these are the bare facts:

As a result, when people were asked to recall their attitudes before the discussion they simply accessed their current attitude and then assumed it had been the same all along.

There are, of course, alternative explanations – cognitive dissonance is one – plus it is quite easy to think of situations in which people would find it much easier to recall their previous attitudes and probably be much harder to influence in the first place. For example in situations where attitudes are long-held and highly emotive. For some people the earlier example of global warming may be just such a case.

Many of our attitudes are, though, much more mundane, but still important to our lives. And what this experiment demonstrates is how easy it is for them to be changed without us knowing why, or even that it has happened.