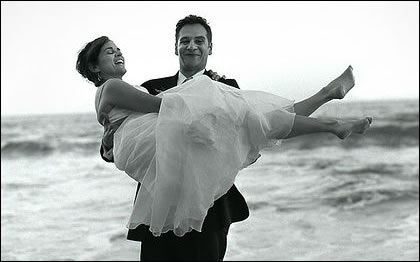 People around the world value happiness – that is, feeling good – above intelligence, success and even material wealth (Diener & Oishi, 2006). This makes sense because happiness is associated with so many positive outcomes: satisfaction with personal relationships, better jobs, better performance in those jobs and a higher income.

But happiness is much more complex than this. For example dissatisfaction with our current job probably helps motivate us to get a better one. A person who is happy with their job is less likely to strive for a change. In our relationships, though, less happiness might encourage us to chop and change our partner, perhaps leading to a less satisfactory social life.

What, then, is the optimum level of happiness?

Some of the first hints at the answer to this question are provided by a new study carried out by Oishi, Diener and Diener (2007) who have analysed an impressive amount of data. Thousands of people in almost 100 countries answered questions about their happiness, income levels and relationships over decades of their lives.

To give you an idea of where the data came from, in one dataset freshman students were asked how cheerful they were at the start of their courses. Nineteen years later they reported their income. Other similar datasets were obtained in Australia, Germany and the UK.

Across all the studies, the data revealed two very interesting findings:

In fact the relationship between achievement and happiness is curvilinear – the graph looks like a hill with the peak at about ‘7’ or ‘8’ on a scale of 1 to 10 where ‘1’ is very dissatisfied and ’10’ is very satisfied. Up around 10, where people report the highest levels of satisfaction, their income and education have significantly dropped compared to those who peg it at 7 or 8.

What I like about this study is that it begins to show the complexity of happiness: that it can have different effects on different parts of our lives.

It also challenges the idea that more happiness is always better. It’s difficult to be much more specific than that because this study measures people’s happiness in a very general way.

Happiness is, of course, bound to vary from day to day. These variations certainly have important effects on other aspects of our lives. For example, dissatisfaction with our job may prove a powerful motivation for us to make an improvement. After that change is made, our happiness increases.

Studies such as this one clearly cannot tell us much about these dynamics but what they can do is hint at overall patterns. They emphasise the fact that extremely high levels of happiness are not always ‘a good thing’.