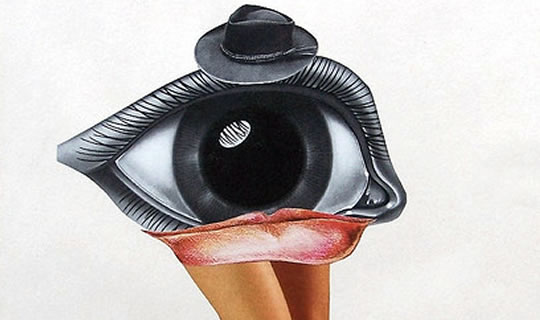 Does smelling granny relieve depressive mood? The answer to that and more questions you never asked…

A few years ago I wrote an article on weird psychology studies. It included studies on tickling, superstitious pigeons, a psychic dog and self-conscious urinators.

It seems I hardly even scratched the surface. Here are 10 even weirder psychology studies that have mostly been published in academic journals, some more reputable than others…

Nour et al. (2000) had people urinating in a PET scanner. And from this they tell us:

“We conclude from this study […] that the onset and maintenance of micturation in normal men is associated with a vast network of cortical and subcortical regions, confirming observations from clinical and animal studies”

…and also that their PET scanner now has a funny smell.

2. Unwanted intrusive thoughts and the growth of facial hair

So what happens when you clip your nasal hair? Do all those bad thoughts immediately evaporate? If only it were that easy.

3. Men and women holding hands: whose hand is uppermost?

“A combined total of 15,008 handholding couples were observed in six studies, and across differences in height, age, hand preference, ethnicity, culture, and sex of the initiator of handholding in public, men were significantly more likely than women to have the uppermost hand.”

I’ve never noticed this before, but I’ll definitely be on the lookout now.

Black (2001) wins the prize for the most unusual abstract for a study:

“Chen and Haviland-Jones claim if you’re down
You needn’t be depressed and mope around
Check out Granny’s smell
It’ll make you feel well
One problem: no supporting evidence was found”

There’s your answer: granny may smell wonderful but sniffing her won’t cheer you up. Better to speak to her instead.

“…subtle neurological and cognitive abnormalities do occur in individuals who abuse petrol but who do not have acute toxic encephalopathy and that the severity of these abnormalities is reduced with abstinence.”

Not exactly earth-shattering news that sniffing petrol isn’t good for your brain and you’ll probably get better if you quit. Still, good to know that someone is on the case.

6. Farting as a defence against unspeakable dread

Sidoli (1996) tell us about the defence mechanism of boy who was had been a victim of abuse and neglect:

“When feeling endangered, Peter had developed a defensive olfactive container using his bodily smell and farts to envelop himself in a protective cloud of familiarity against the dread of falling apart, and to hold his personality together.”

Childishly I found the title funny but reading the abstract made me feel bad for Peter. But when the authors start talking about a fart holding someone’s personality together, I had to stifle a giggle.

“The results show our study replicated Jenni’s: females use Type I (books in front of body), males preferred Type II (books at side of body). For bag carrying, males prefer backpacks, while females prefer one/two-strap bags. However, no differences exist in carrying style.”

Unlike the handholding study, which I hadn’t noticed, this one I remember from school days. The key for young men is to hold the books as nonchalantly as possible, as though you’ve forgotten they are there.

An out-of-body experience with a rubber glove described by Tsakiris and Haggard (2005):

“Watching a rubber hand being stroked, while one’s own unseen hand is synchronously stroked, may cause the rubber hand to be attributed to one’s own body, to “feel like it’s my hand.”

These sorts of illusions are fascinating and have a corollary in the phenomenon of phantom limbs. There people who’ve had limbs amputated find that they still have sensations from it. This is very irritating if they get an itch which they’ll never be able to scratch.

9. Becoming a vampire without being bitten

“…participants read passages from either a book about wizards (from the Harry Potter series) or a book about vampires (from the Twilight series). Both implicit and explicit measures revealed that participants who read about wizards psychologically became wizards, whereas those who read about vampires psychologically became vampires.”

I’m too old for vampires and Harry Potter but I remember just this effect from watching Superman, Star Wars, James Bond and the rest.

10. A phenomenological investigation of being bored with life

If all these weird studies are getting you down then remember that everything is interesting if you look hard enough. Even studying gender differences in book carrying is better than being bored. As Bargdill (2000) explain:

“Boredom is equivalent to the freeze response. In this response, people ignore the possibility of taking creative steps toward making their lives meaningful. Instead, they wait for others–for outside assistance to a very personal insight. Like a deer in the headlights, these people freeze. They hope that the intrusive danger, meaninglessness, will disappear and that they will be able to return to their daily lives. [Instead] they are no longer in motion. They are aware, but paralyzed. They are bored.”