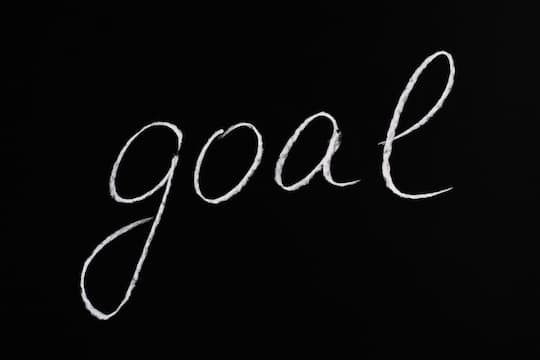 SMART goals should be Specific, Measurable, Achievable, Relevant and Time-bound, but beware these four common pitfalls.

It’s no accident that goal-setting pervades so many areas of modern life.

There are hundreds of research studies going back decades showing that setting goals can increase people’s performance.

Many people have heard the goal-setting mantra that goals should be S.M.A.R.T:

Despite this, few recognise the dangers of setting poor SMART goals and the unintended consequences that can follow.

Here’s how to avoid four common problems with setting SMART goals, which are highlighted by Ordonez et al. (2009) at the Harvard Business School.

The problem with setting SMART goals that are too specific is that they can bias people’s behaviour in unintended ways.

Better SMART goals: keep them somewhat vague. This gives people control and choice over how they do their jobs.

When people are given vaguer goals they can take into account more factors: in short it makes them think for themselves.

It’s no wonder that having control is strongly linked with job satisfaction.

2. Too many SMART goals

Perhaps the answer, then, is to set loads of goals which cover all aspects of a person’s work?

Not necessarily, as that introduces its own problems.

For one thing people tend to concentrate on the easiest goal to the exclusion of the others.

For example, in one study participants were given both quality and quantity goals related to a task.

When quantity goals were easier to achieve than quality, they focused mostly on quantity.

This study is showing how a well-meaning goal can warp people’s behaviour in unintended directions.

Apart from anything else, who can remember 10 or 20 goals they are supposed to be working towards?

Why is it so hard to get a cab on a rainy day?

The answer isn’t just that more people are hailing cabs; it’s also that the cab drivers go home earlier because they hit their targets earlier for the day.

This is a prime example of short-termism: SMART goals can make people believe that when they hit their target, they can take the rest of the day (or month!) off.

This works at an organisational level as well: if an organisation is continually working to meet short-term SMART goals, it can neglect the long-term importance of innovation and evolution.

Better SMART goals: Make sure short-term SMART goals don’t interfere with the long-term vision, otherwise they can be corrosive for the organisation.

When SMART goals are too hard, they encourage people to do anything in order to meet them; that includes unethical behaviour.

One example of unethical behaviour prompted by poor goals was in the hard disk manufacturer, MiniScribe.

Back in 1989, in order to meet financial targets, they began shipping bricks instead of hard drives.

The bricks sat unopened for a few weeks in a Singapore warehouse, while Miniscribe successfully invoiced for them.

The company soon went into bankruptcy.

Miniscribe’s story is also a brilliant example of short-term thinking.

What did they think was going to happen when the bricks were discovered, as they surely would be?

Similarly, research has also shown that when people are set more difficult SMART goals, they are more willing to take risks.

In some circumstances this may be acceptable, but often it is not.

Not only that, but SMART goals that are too hard are simply demotivating.

How come almost reaching your target feels like failure, even when you’re 99 percent there?

These will avoid encouraging people to behave unethically.

All of these problems are further exaggerated by larger the incentives.

When there are huge amounts of money at stake, then badly set goals can distort human behaviour even more.

So, use these warnings as ways to set better SMART goals, and be careful of unintended consequences.

“Rather than dispensing goal setting as a benign, over-the-counter treatment for students of management, experts need to conceptualize goal setting as a prescription-strength medication that requires careful dosing, consideration of harmful side effects, and close supervision.”

With that warning in mind, here are some new rules of SMART goals:

(Oh, and unless they’ve ordered them, never ship bricks.)