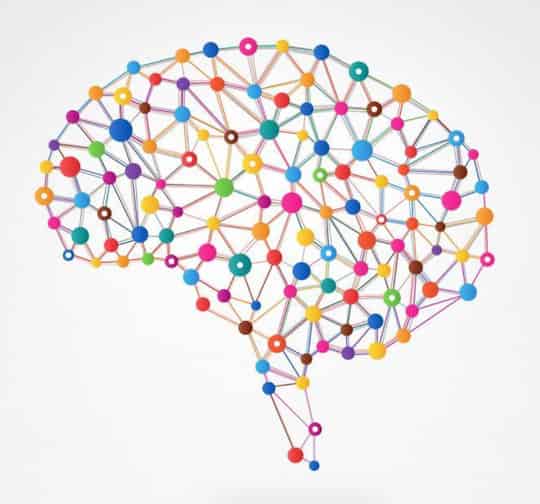 Improve your memory, concentration, power and retention by using these 14 science-backed techniques to increase cognitive function.

Many of the usual methods for how to improve memory are well-known, such as using imagery, chunking and the forbidding sounding ‘brain training’.

So, here are 14 mostly easy ways to improve memory that are backed up by psychological research, many requiring relatively little effort.

Few of these methods for how to improve memory require you to train hard, spend any money or take illegal drugs.

All free, all pretty easy, all natural!

Something as simple as getting a bag of candy is enough to improve memory and concentration, research finds.

In fact, anything that quickly puts you in a good mood can improve memory and decision-making.

So these results are good news.”

Rehearsing a memory for just 40 seconds could be the key to permanent recall, a study finds.

‘Reminders by association’ are a great tool to help improve memory for something in the future, new research demonstrates.

Here are a few examples of ‘reminders by association’:

Little environmental cues like this were enough to double the number of people who remembered to perform some future action.

4. The aroma of rosemary improves memory

The aroma of rosemary essential oil can improve memory, concentration and the ability to remember future events, research finds.

For the study 66 people took various memory tests either in a room that was scented with rosemary or without.

Those breathing the scent of rosemary performed better.

5. How to improve memory: write about your problems

To do complex tasks we rely on our ‘working memory’.

This is our ability to shuttle information in and out of consciousness and manipulate it.

One way to improve working memory capacity indirectly is through expressive writing.

You sit down for 20 minutes a few times a month and write about something traumatic that has happened to you.

Yogo and Fujihara (2008) found that it improved working memory after 5 weeks.

The study of 3,718 people over 65 living in Chicago asked how often people ate particular foods and administered cognitive tests.

This decrease is equivalent to about 5 years of younger age.”

Green leafy vegetables showed the strongest association with an improved memory — they are also likely to help concentration.

Older people in the study got the greatest benefit from eating more vegetables.

Nature has a magical effect on us.

It’s something we’ve always known, but psychologists are only just getting around to measuring it.

One of nature’s beneficial effects an easy way for how to improve memory and concentration.

In one study people who walked around an arboretum did 20 percent better on a memory test than those who went for a walk around busy streets.

In fact you don’t even need to leave the house.

Although the effects aren’t as powerful, you can just look at pictures of nature and that also has a beneficial effect (I describe this study in detail here).

This is surely the easiest of all method for how to improve memory: if you want to remember something in particular from a load of other things, just say it out loud.

A study (described here) found memory improvements of 10 percent for words said out loud, or even just mouthed: a relatively small gain, but at a tiny cost.

Two cups of hot chocolate a day could help keep the brain healthy, a study finds.

The research involved 60 people whose average age was 73.

They were given tests of memory, concentration, thinking skills and the blood flow in their brains was measured.

People who had impaired blood flow in the brain improved after drinking the flavanol-rich cocoa.

Meditation has been consistently found to improve cognitive functioning, including memory.

But meditation takes time doesn’t it?

In one recent study, participants who meditated for 4 sessions of only 20 minutes, once a day, were able to improve memory, concentration and brain function (the study is described here, also see my beginner’s guide to meditation).

Exercising directly after learning, though, does not improve memory at all.

The scientists are not sure yet why exercise after learning improves memory.

“Considering that the exercise intervention took place after learning, delayed exercise most likely affected memory retention through an impact on memory consolidation.”

Simply asking ourselves whether or not we’ll remember something is an unusual method for how to improve memory.

This works for both recalling things that have happened in the past and trying to remember to do things in the future.

When Meier et al., (2011) tested people’s prospective memory (remembering to do something in the future), they found that trying to predict performance improves memory.

On some tasks people’s performance increased by almost 50 percent.

13. Use your body to improve memory encoding

We don’t just think with our minds, we also use our bodies.

For example, research has shown that we understand language better if it’s accompanied by gestures.

We can also use gestures to encode memories.

Participants who used hand gestures which suggested the word were able to recall almost twice as many Japanese words a week later.

14. Use your body to improve memory recall

Since our bodies are important in encoding a memory, they can also help improve memory recall.

Psychologists have found that we recall past episodes better when we are in the same mood or our body is in the same position (Dijkstra et al., 2007).

This works to a remarkably abstract degree.

This seems to be because we associate up with happy and down with sad.

Probably the best way of improving your overall cognitive health is exercise.

Studies regularly find that increasing aerobic fitness is particularly good for executive function and working memory (check out this previous article on which cognitive enhancers work).

Take your memory training to the limit and an incredible study by Ericsson et al. (1980) shows what can be achieved.

Our typical short-term memory span is about 7 things.

In other words we can hold around seven things in mind at the same time.

These researchers, though, increased one person’s memory span to 79 digits after 230 hours of practice, mostly using mnemonic systems.

Shows what you can do if you put in the hours.

That said, I’ll be sticking to a nice walk around the park.