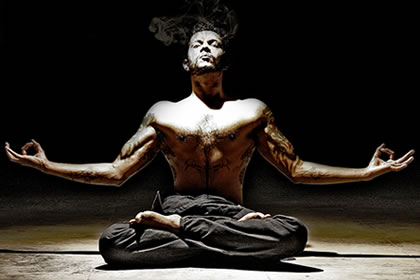 15% to 50% improvements in cognition from brief meditation.

How would you like your brain to work faster? Say, a more efficient working memory, greater verbal fluency and improved visuo-spatial processing?

When I looked at the research a couple of years ago to find out which cognitive enhancers work, it was exercise that came out the clear winner.

Meditation was in the running but the evidence was still thin. That’s beginning to change now and the gains that can be seen from even small amounts of meditation are attracting attention.

In a new study reported in the journal Consciousness and Cognition, the researchers found significant benefits for novice meditators from only 80 minutes of meditation over 4 days (Zeidan et al., 2010).

In my series on the psychology of attention I cover research on how meditation improves attention. What this study adds is more evidence for the speed with which benefits can be seen. If you fancy trying out some meditation then in the same article you can check out my beginner’s guide to mindfulness meditation (scroll to the end).

Mindfulness meditation is about trying to screen out the background chatter that’s going on in our brains a lot of the time. Little worries, memories, random thoughts; all of these things hinder our ability to concentrate on the task in hand.

Mindfulness meditation may work by sharpening our ‘meta-awareness’:

“…teaching subjects to acknowledge discursive thoughts and to gently return their attention back to the meditation object. The immediate benefits of mindfulness meditation training may be associated with increasing the awareness of ongoing cognitive states, which improves attentional efficiency.”

Other research has also found meditation improves mood and reduces anxiety, which the current experiment did find, but crucially so did listening to The Hobbit audiobook. The full benefits of mindfulness meditation are likely to take longer than four days to achieve.