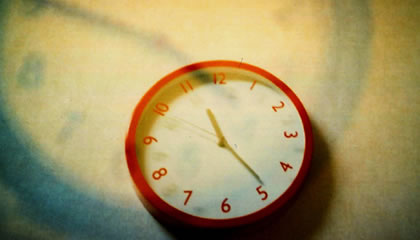 • Next article in this series: The Belief in a Just World: A Fundamental Delusion

Decision-makers move away from the default after a delay.

On May 6th 2010 British voters go to the polls to choose a new government. Pundits predict the closest result in years with every chance of a ‘hung Parliament’, where none of the major parties hold enough seats in Parliament to wield absolute power.

The undecided voters could make all the difference.

Because of an established regularity in the way people vote, this could be very bad news for incumbent Prime Minister, Gordon Brown. Called ‘the incumbent effect’, it’s a recurrent finding in elections that people who are undecided normally vote against the incumbent (Panagakis, 1988).

This is fascinating because it contradicts another well-known bias: that, on average, we prefer the status quo. People generally work on the principle that if it ain’t broke, don’t fix it. According to this, incumbents should have the advantage with floating voters, but they don’t.

Psychologists Niels van de Ven and colleagues guessed that the incumbent bias wasn’t just about elections, rather this is one manifestation of a much broader effect related to delaying decisions (van den Ven et al., 2010).

When they conducted a series of experiments, reported recently in Psychological Science, participants were asked to choose between a default and an alternative. 82% opted for the default when making the choice straight away, but when delayed this dropped to 56%.

The authors conclude by saying that:

“…electing to delay making a choice is taken as a sign of doubt about which option is best, a state that tends to be attributed disproportionately to the normative option, lessening its appeal.”

We may actually take the very fact that we are delaying as a message from our unconscious that we’ve got doubts about the default option, even though those doubts are probably about the decision as a whole. The default option bears the brunt of these doubts because that’s what we’re thinking about most of the time. It’s a simple association.

And so the answer to whether delaying a choice leads to a better decision is: it depends what the default decisions is. When the default is better, the decision will be worse; whereas if the alternative is better, it will be an improvement.

“…decision makers should be aware that the decision to delay making a choice is not a neutral act: It alters the choices they make in a predictable direction.”

If you delay, you’ll move away from the default. That fact needs to be built into your decision, whatever you are trying to decide about.