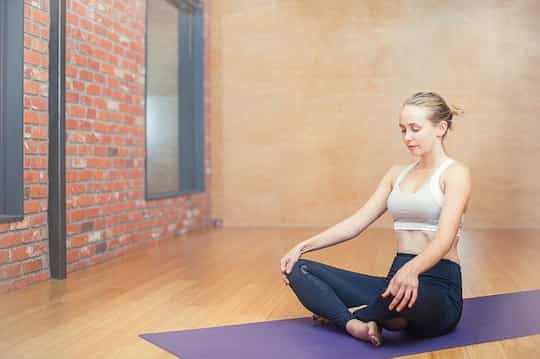 The science of mindfulness meditation and attention, including a beginner’s guide.

Mindfulness meditation is a practice that involves being intensely aware of the present moment.

In mindfulness meditation, one focuses on the senses without interpretation or judgement.

There all sorts of benefits of meditation, including lowering stress, better sleep and improved concentration.

You can find more about the research on mindfulness meditation by scrolling down, but first here is a quick guide on the technique.

Here is a quick primer on how to used mindfulness meditation.

Mindfulness meditation is like chess: the rules are relatively easy to explain, but the game itself is infinitely complex.

And, like chess, the names and techniques of mindfulness meditation are many and varied but the fundamentals are much the same:

This can be done through body posture, mental imagery, mantras, music, progressive muscle relaxation, any old trick that works.

Bit cryptic this one but it means something like this: don’t pass judgement on your thoughts, let them come and go as they will (and boy will they come and go!) but try to nudge your attention back to its primary aim, whatever that is.

Turns out this is quite difficult because we’re used to mentally travelling backwards and forwards while making judgements on everything (e.g. worrying, dreading, anticipating, regretting etc.).

The key is to notice in a detached way what’s happening but not to get involved with it.

This way of thinking often doesn’t come that naturally.

The breath is handy because we carry it around with us.

The act of concentrating on one thing is surprisingly difficult: you will feel the mental burn almost immediately.

Most say this can’t be achieved without a lot of practice, so I’ll say no more about it here.

This is just a quick introduction but does give you enough to get started.

It’s important not to get too caught up in techniques but to remember the main goal: exercising attention by relaxing and focusing on something.

→ Here are some more mindfulness exercises to fit into daily life.

The early psychologist, William James wrote that controlling attention is at “the very root of judgement, character and will”.

He also noted that controlling attention is much easier said than done.

This is unfortunate because almost every impressive human achievement is, at heart, a feat of attention.

Art, science, technology — you name it — someone, somewhere had to concentrate, and concentrate hard.

Wouldn’t it be fantastic to be able to concentrate without effort?

Not to feel the strain of directing attention, just to experience a relaxed, intense, deep focus?

So naturally the million dollar question is: how can attention be improved?

Psychologists are fascinated by the sometimes fantastical claims made for mindfulness meditation, particularly in its promise of improving attention.

The problem with attention is that it naturally likes to jump around from one thing to another: attention is antsy, it won’t settle — this is not in itself a bad thing, just the way it is.

Attention’s fidgety nature can be clearly seen in the phenomenon of ‘binocular rivalry’.

If you show one picture to one eye and a different picture to the other eye, attention shuttles between them, wondering which is more interesting.

A simple lab version of this presents a set of vertical lines to one eye and a set of horizontal lines to the other.

What people see is the brain flipping between the horizontal and the vertical lines and occasionally merging them both together, seemingly at random.

People usually find it difficult to see either the horizontal or the vertical lines — or even the merged version — for an extended period because attention naturally flicks between them.

If the binocular rivalry test is a kind of index of the antsy-ness of attention, then those with more focused attention should see fewer changes.

So reasoned Carter et al. (2005) who had 76 Tibetan Buddhists in their mountain retreats meditate before taking a binocular rivalry test.

They sat, wearing display goggles and staring at the lines, pressing a button each time the dominant view changed between horizontal, vertical and merged.

The more button presses, the more times their attention switched.

In one condition their meditation was ‘compassionate’, thinking about all the suffering in the world while in the other it was ‘one-point’ meditation focusing completely on one aspect of their experience, for example their breath going in and out.

Although the ‘compassionate’ form of meditation had no effect, the ‘one-point’ meditation reduced the rate of switching in half the participants.

The results were even more dramatic when the Buddhists carried out the one-point meditation while looking through the goggles.

Some of the most experienced monks reported complete image stability: they saw just the horizontal or vertical lines for a full 5 minutes.

When compared to people who do not meditate, these results are exceptional.

Of course we don’t all have 20 years to pass in a mountain retreat learning how to concentrate, so is there any hope for the rest of us?

A study by Dr Amishi Jha and colleagues at Pennsylvania University suggests there is (Jha, Krompinger & Baime, 2007).

Rather than recruiting people who were already superstar concentrators, they sent people who had not practised mindfulness meditation before on an 8-week training course in mindfulness-based stress reduction, a type of meditation.

This consisted of a series of 3-hour classes, with at least 30 minutes of meditation practice per day.

These 17 participants were then compared with a further 17 from a control group on a series of attentional measures.

The results showed that those who had received training were better at focusing their attention than the control group.

This certainly suggests that mindfulness meditation was improving people’s attention.

Dr Jha and colleagues were also interested in how practice beyond beginner level would affect people’s powers of attention.

To test this they sent participants who were already meditators on a mindfulness meditation retreat for one month.

Afterwards they were given the same series of attention measures and were found to have improved in their reactions to new stimuli.

In other words, they seemed to have become more receptive.

Attentional improvements from mindfulness meditation, though, have recently been reported even quicker than 8 weeks.

They found that after only this relatively short introduction participants demonstrated improved attention compared to a control group, along with other benefits such as lower levels of stress and higher energy levels.

Opening the doors of perception

There is even evidence that meditation can improve a major limitation of the brain’s attentional system.

Attentional blink is the finding that our attention ‘blinks’ for about half a second right after we focus on something (follow the link for the full story).

Meditation, however, seems to be able to increase our minds’ attentional bandwidth.

In other words people were capable of processing information more quickly and accurately.

Perhaps, then, meditation really can open the doors of perception…

This research on meditation’s effect on attention is just the tip of the iceberg.

Other studies have also suggested that meditation can benefit motivation, cognition, emotional intelligence and may even sharpen awareness to such an extent that we can control our dreams (Walsh & Shapiro, 2006).

And these are just the psychological benefits, there also appear to be considerable physical benefits.

Mindfulness meditation and new ways of being

As William James pointed out attention is so fundamental to our daily lives that sharpening it up is bound to spill over into many different areas of everyday life.

When attention goes wrong people are frequently beset by unsettling experiences, but when it goes right we are capable of all sorts of incredible abilities, like multitasking the cocktail party effect, and even curtailing the attentional blink.

In fact, attention is so fundamental to consciousness that it’s no exaggeration to say that what we pay attention to makes us who we are.

Potentially, then, mindfulness meditation offers a way to remake ourselves, leaving behind damaging or limiting habits and discovering new ways of being.