Benefits Of Meditation: 10 Ways It Helps Your Mind 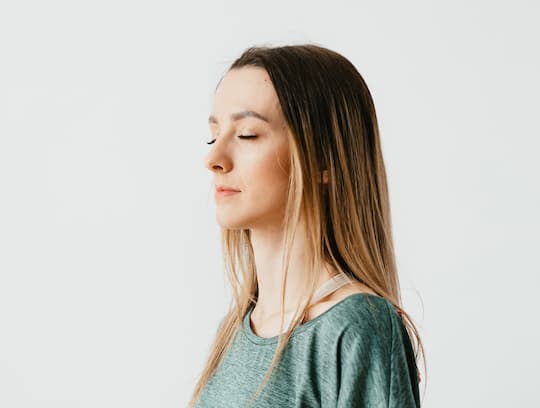 The benefits of meditation are about way more than just relaxing.

In fact, if I listed the following meditation benefits from a new pill or potion, you’d be rightly sceptical.

But all these flow from a simple activity which is completely free, involves no expensive equipment, chemicals, apps, books or other products.

I’ve also included my own very brief meditation instructions below to get you started.

But first, what are all these remarkable meditation benefits?

Meditation may make us feel calmer while we’re doing it, but do these benefits spill over into everyday life?

Desborders et al. (2012) scanned the brains of people taking part in an 8-week meditation program, before and after the course.

While they were scanned, participants looked at pictures designed to elicit positive, negative and neutral emotional responses.

After the meditation course, activation in the amygdala, the emotional centre of the brain, was reduced to all pictures.

This suggests that meditation benefits lasting emotional control, even when you are not meditating.

One of the meditation benefits long thought central is to help people be more virtuous and compassionate. Now this has been put to scientific test.

Those who had been meditating, though, were 50% more likely to help the person in pain.

Meditation is such a powerful technique that, after only 8 weeks, the brain’s structure changes.

To show these effects, images of 16 people’s brains were taken before and after they took a meditation course (Hölzel et al., 2011).

Compared with a control group, grey-matter density in the hippocampus–an area associated with learning and memory–was increased.

“It is fascinating to see the brain’s plasticity and that, by practicing meditation, we can play an active role in changing the brain and can increase our well-being and quality of life.”

One of the meditation benefits is that regular meditators experience less pain.

Grant et al. (2010) applied a heated plate to the calves of meditators and non-meditators. The meditators had lower pain sensitivity.

“Through training, Zen meditators appear to thicken certain areas of their cortex and this appears to be underlie their lower sensitivity to pain.”

How would you like your brain to work faster?

The right type of meditation can help solve some creative problems.

A study by Colzato et al. (2012) had participants take a classic creativity task: think up as many uses as you can for a brick.

Those using an ‘open monitoring’ method of meditation came up with the most ideas.

This method uses focusing on the breath to set the mind free.

At its heart, meditation is all about learning to concentrate, to have greater control over the spotlight of attention.

An increasing body of studies now underline the meditation benefits for attention.

For example, Jha et al. 2007 sent 17 people who had not practised meditation before on an 8-week training course in mindfulness-based stress reduction, a type of meditation.

These 17 participants were then compared with a further 17 from a control group on a series of attentional measures. The results showed that those who had received training were better at focusing their attention than the control group.

Since meditation benefits different aspects of cognition, it should also improve work performance.

Those who practised meditation performed better on standard office tasks–like answering phones, writing email and so on–than those who had not been meditating.

Meditating managers were better able to stay on task and also experienced less stress as a result.

Meditation is an exercise often recommended for those experiencing anxiety.

To pick just one of many recent studies, Zeidan et al. (2013) found that four 20-minute meditation classes were enough to reduce anxiety by up to 39%.

A central symptom of depression is rumination: when depressing thoughts roll around and around in the mind.

Unfortunately you can’t just tell a depressed person to stop thinking depressing thoughts; it’s pointless. That’s because treating the symptoms of depression is partly about taking control of the person’s attention.

One method that can help with this is mindfulness meditation. Mindfulness is all about living in the moment, rather than focusing on past regrets or future worries.

A recent review of 39 studies on mindfulness has found that meditation benefits depression (Hofmann et al., 2010).

Read on: Depression: 10 Fascinating Insights into a Misunderstood Condition

Since meditation benefits’ are so great, here is a quick primer on how to meditate.

The names and techniques of meditation are many and varied, but the fundamentals are much the same:

This can be done through body posture, mental imagery, mantras, music, progressive muscle relaxation, any old trick that works. Take your pick.

It’s a bit cryptic this one but it means something like this: don’t pass judgement on your thoughts, let them come and go as they will (and boy will they come and go!). When your mind wanders, try to nudge your attention back to its primary aim.

It turns out this is quite difficult because we’re used to mentally travelling backwards and forwards while making judgements on everything (e.g. worrying, dreading, anticipating, regretting etc.).

The key is to notice, in a detached way, what’s happening, but not to get involved with it. This way of thinking often doesn’t come that naturally.

The breath is handy because we carry it around with us. Whatever it is, though, try to focus all your attention onto it.

When your attention wavers, and it will almost immediately, gently bring it back. Don’t chide yourself, be compassionate to yourself.

The act of concentrating on one thing is surprisingly difficult: you will feel the mental burn almost immediately. Experienced practitioners say this eases with practice.

Most say this can’t be achieved without a lot of practice, so I’ll say no more about it here. Master the basics first.

This is just a quick introduction on meditation benefits but does give you enough to get started. It’s important not to get too caught up in techniques but to remember the main goal: exercising attention by relaxing and focusing on something.