Social Psychology Experiments: 10 Of The Most Brilliant Studies 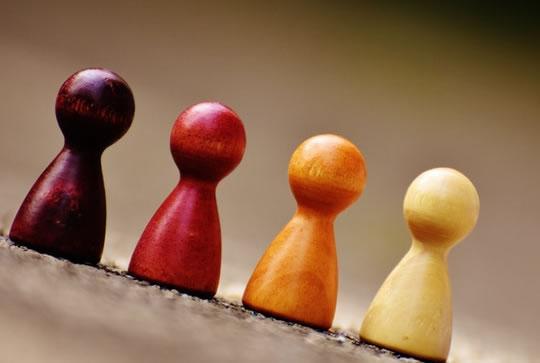 Ten of the most influential social psychology experiments explain why we sometimes do dumb or irrational things.

“I have been primarily interested in how and why ordinary people do unusual things, things that seem alien to their natures.

Why do smart people sometimes do dumb or irrational things?” –Philip Zimbardo

Like eminent social psychologist Professor Philip Zimbardo (author of The Lucifer Effect: Understanding How Good People Turn Evil), I’m also obsessed with why we do dumb or irrational things.

The answer quite often is because of other people — something social psychologists have comprehensively shown.

Each of the 10 brilliant social psychology experiments below tells a unique, insightful story relevant to all our lives, every day.

Click the link in each social psychology experiment to get the full description and explanation of each phenomenon.

The halo effect is a finding from a classic social psychology experiment.

It is the idea that global evaluations about a person (e.g. she is likeable) bleed over into judgements about their specific traits (e.g. she is intelligent).

It is sometimes called the “what is beautiful is good” principle, or the “physical attractiveness stereotype”.

It is called the halo effect because a halo was often used in religious art to show that a person is good.

Cognitive dissonance is the mental discomfort people feel when trying to hold two conflicting beliefs in their mind.

People resolve this discomfort by changing their thoughts to align with one of conflicting beliefs and rejecting the other.

The study provides a central insight into the stories we tell ourselves about why we think and behave the way we do.

The Robbers Cave experiment was a famous social psychology experiment on how prejudice and conflict emerged between two group of boys.

It shows how groups naturally develop their own cultures, status structures and boundaries — and then come into conflict with each other.

For example, each country has its own culture, its government, legal system and it draws boundaries to differentiate itself from neighbouring countries.

One of the reasons the became so famous is that it appeared to show how groups could be reconciled, how peace could flourish.

The key was the focus on superordinate goals, those stretching beyond the boundaries of the group itself.

The Stanford prison experiment was run to find out how people would react to being made a prisoner or prison guard.

The psychologist Philip Zimbardo, who led the Stanford prison experiment, thought ordinary, healthy people would come to behave cruelly, like prison guards, if they were put in that situation, even if it was against their personality.

It has since become a classic social psychology experiment, studied by generations of students and recently coming under a lot of criticism.

The Milgram experiment, led by the well-known psychologist Stanley Milgram in the 1960s, aimed to test people’s obedience to authority.

The results of Milgram’s social psychology experiment, sometimes known as the Milgram obedience study, continue to be both thought-provoking and controversial.

The Milgram experiment discovered people are much more obedient than you might imagine.

Fully 63 percent of the participants continued administering what appeared like electric shocks to another person while they screamed in agony, begged to stop and eventually fell silent — just because they were told to.

The false consensus effect is the social psychological finding that people tend to assume that others agree with them.

It could apply to opinions, values, beliefs or behaviours, but people assume others think and act in the same way as they do.

It is hard for many people to believe the false consensus effect exists because they quite naturally believe they are good ‘intuitive psychologists’, thinking it is relatively easy to predict other people’s attitudes and behaviours.

In reality, people show a number of predictable biases, such as the false consensus effect, when estimating other people’s behaviour and its causes.

Social identity theory helps to explain why people’s behaviour in groups is fascinating and sometimes disturbing.

People gain part of their self from the groups they belong to and that is at the heart of social identity theory.

It explains why as soon as humans are bunched together in groups we start to do odd things: copy other members of our group, favour members of own group over others, look for a leader to worship and fight other groups.

8. Negotiation: 2 Psychological Strategies That Matter Most

Negotiation is one of those activities we often engage in without quite realising it.

Negotiation doesn’t just happen in the boardroom, or when we ask our boss for a raise or down at the market, it happens every time we want to reach an agreement with someone.

In a classic, award-winning series of social psychology experiments, Morgan Deutsch and Robert Krauss investigated two central factors in negotiation: how we communicate with each other and how we use threats.

9. Bystander Effect And The Diffusion Of Responsibility

The bystander effect in social psychology is the surprising finding that the mere presence of other people inhibits our own helping behaviours in an emergency.

The bystander effect social psychology experiments are mentioned in every psychology textbook and often dubbed ‘seminal’.

This classic social psychology experiment on the bystander effect was inspired by the highly publicised murder of Kitty Genovese in 1964.

It found that in some circumstances, the presence of others inhibits people’s helping behaviours — partly because of a phenomenon called diffusion of responsibility.

The Asch conformity experiment reveals how strongly a person’s opinions are affected by people around them.

In fact, the Asch conformity experiment shows that many of us will deny our own senses just to conform with others.