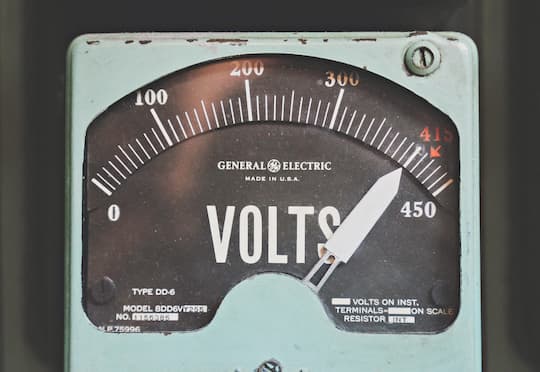 The Milgram experiment is a classic social psychology study revealing the dangers of obedience to authority and how the situation affects behaviour.

The Milgram experiment, led by the well-known psychologist Stanley Milgram in the 1960s, aimed to test people’s obedience to authority.

The results of the Milgram experiment, sometimes known as the Milgram obedience study, continue to be both thought-provoking and controversial.

The experimental procedure left some people sweating and trembling, leaving 10% extremely upset, while others broke into unexplained hysterical laughter.

What finding could be so powerful that it sent many psychologists into frenzied rebuttals?

This study has come in for considerable criticism with some saying its claims are wildly overblown.

What Milgram wanted to know was how far humans will go when an authority figure orders them to hurt another human being.

Many wondered after the horrors of WWII, and not for the first time, how people could be motivated to commit acts of such brutality towards each other.

Not just those in the armed forces, but ordinary people were coerced into carrying out the most cruel and gruesome acts.

But Milgram didn’t investigate the extreme situation of war, he wanted to see how people would react under relatively ‘ordinary’ conditions in the lab.

How would people behave when told to give an electrical shock to another person?

To what extent would people obey the dictates of the situation and ignore their own misgivings about what they were doing?

The experimental situation into which people were put was initially straightforward.

Participants in the Milgram experiment were told they were involved in a learning experiment, that they were to administer electrical shocks and that they should continue to the end of the experiment.

Told they would be the ‘teacher and another person the ‘learner’, they sat in front of a machine with a number of dials labelled with steadily increasing voltages.

This was the famous ‘shock machine’ in the Milgram experiment.

During the course of the Milgram experiment, each time the ‘learner’ made a mistake the participant was ordered to administer ever-increasing electrical shocks.

Of course the learner kept making mistakes so the teacher (the poor participant) had to keep giving higher and higher electrical shocks, and hearing the resultant screams of pain until finally the learner went quiet.

Participants were not in fact delivering electrical shocks, the learner in the Milgram experiment was actually an actor following a rehearsed script.

The learner was kept out of sight of the participants so they came to their own assumptions about the pain they were causing.

They were, however, left in little doubt that towards the end of the experiment the shocks were extremely painful and the learner might well have been rendered unconscious.

When the participant baulked at giving the electrical shocks, the experimenter – an authority figure dressed in a white lab coat – ordered them to continue.

Results of the Milgram shock experiments

Before I explain the results, try to imagine yourself as the participant in the Milgram experiment.

How far would you go giving what you thought were electrical shocks to another human being simply for a study about memory?

What would you think when the learner went quiet after you apparently administered a shock labelled on the board “Danger: Severe Shock”?

How far would you go?

How ever far you think, you’re probably underestimating as that’s what most people do.

The Milgram experiment discovered people are much more obedient than you might imagine.

Fully 63 percent of the participants continued right until the end – they administered all the shocks even with the learner screaming in agony, begging to stop and eventually falling silent.

These weren’t specially selected sadists, these were ordinary people like you and me who had volunteered for the Milgram experiment.

Explanation of the Milgram experiment

At the time the Milgram experiment was big news.

Milgram explained his results by the power of the situation.

This was a social psychology experiment which appeared to show, beautifully in fact, how much social situations can influence people’s behaviour.

The Milgram experiment set off a small industry of follow-up studies carried out in labs all around the world.

Were the findings of the Milgram experiment still true in different cultures, in slightly varying situations and in different genders (only men were in the original study)?

By and large the answers were that even when manipulating many different experimental variables, people were still remarkably obedient.

One exception was that one study found Australian women were much less obedient.

Make of that what you will.

Criticism of the Milgram experiment

If it was you, surely you would understand on some level that this wasn’t real, that you weren’t really electrocuting someone, that knocking someone unconscious would not be allowed in a university study like this Milgram experiment?

Also, people pick up considerable nonverbal cues from each other.

How good would the actors have to be in the Milgram experiment in order to avoid giving away the fact they were actors?

People are adept at playing along even with those situations they know in their heart-of-hearts to be fake.

The more we find out about human psychology, the more we discover about the power of unconscious processes, both emotional and cognitive.

These can have massive influences on our behaviour without our awareness.

Alternative explanation of the Milgram experiment

Assuming people were not utterly convinced on an unconscious level that the experiment was for real, an alternative explanation is in order.

Perhaps the Milgram experiment really demonstrates the power of conformity.

The pull we all feel to please the experimenter, to fit in with the situation, to do what is expected of us.

While this is still a powerful interpretation from a brilliant experiment, it isn’t what Milgram was really looking for.

The influence of the Milgram experiment

Whether you believe the experiment shows what it purports to or not, there is no doubting that the Milgram experiment was some of the most influential and impressive carried out in psychology.

It is also an experiment very unlikely to be repeated nowadays (outside of virtual reality) because of modern ethical standards.

Certainly when I first came across it, my view of human nature was changed irrevocably.

Now, thinking critically, I’m not so sure.

The Milgram experiment has since been repeated by Doliński et al. (2017), with the same weird result.

Of the 80 people in the study, fully 90% went all the way to the maximum level of electrocution after being ‘ordered’ to by the experimenter.

“…half a century after Milgram’s original research into obedience to authority, a striking majority of subjects are still willing to electrocute a helpless individual.”