10 Psychology Studies Every Lover Should Know 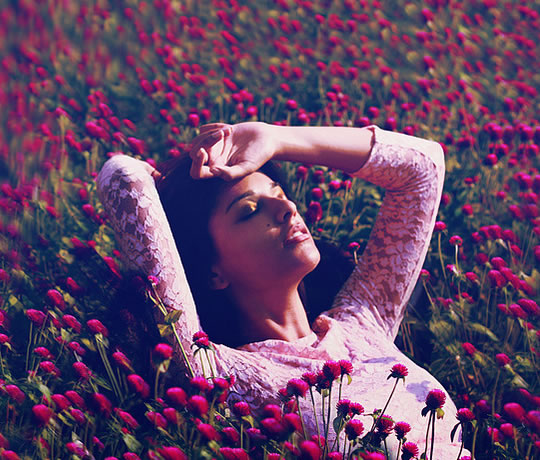 Psychology of love: Brain map of love, the role of kissing, how couples come to look similar, what kills a relationship and more…

“Love does not consist in gazing at each other, but in looking outward together in the same direction.” ~ Antoine de Saint-Exupéry

The psychology of love has been examined by poets, philosophers, writers and many other artists over the years.

From the initial moment of attraction to growing old together, here are 10 psychology studies that all lovers should know.

1. Falling in love takes one-fifth of a second

It takes a fifth-of-a-second for the euphoria-inducing chemicals to start acting on the brain when you are looking at that special someone.

Brain imaging studies of love suggest that 12 different areas of the brain are involved.

When looking or thinking about a loved one, these areas release a cocktail of neurotransmitters across the brain, including oxytocin, dopamine, vasopressin and adrenaline.

The brain gets a similar ‘hit’ from love as it does from a small dose of cocaine.

This psychology of love suggests that sexual desire is more than just a basic emotion, but involves goal-directed motivation and the recruitment of more advanced thoughts.

The researchers found a correlation between the amount of kissing that long-term partners did and the quality of their relationship.

People who live with each other for 25 years may develop similar facial features.

One study on the psychology of love has found that over 25 years of marriage the facial features of couples became more similar, as judged by independent observers.

This may be because of similarities in diet, environment, personality or even a result of empathising with your partner over the years.

Contrary to the received wisdom, long distance relationships can work, according to research on the psychology of love.

Two factors that help keep long distance relationships alive are that these couples:

As a result, those in long distance relationships often have similar levels of relationship satisfaction and stability as those who are geographically close to each other.

He’s followed couples across decades in many psychological studies to see what kinds of behaviours predict whether they would stay together.

There are four things that kills relationships stone dead: repeated criticism, lots of expressions of contempt like sarcasm, being defensive and stonewalling, which is when communication almost completely shuts down.

The face of marriage has changed significantly over the years, according to new research.

It used to be more about providing safety and solidity, now people want psychological fulfilment from their marriages.

More than ever people expect marriage to be more of a journey towards self-fulfilment and self-actualisation.

Unfortunately in the face of these demands, couples are not investing sufficient time and effort to achieve this growth.

“In general, if you want your marriage to help you achieve self-expression and personal growth, it’s crucial to invest sufficient time and energy in the marriage. If you know that the time and energy aren’t available, then it makes sense to adjust your expectations accordingly to minimize disappointment.”

8. A simple exercise to save a marriage

If your relationship needs a little TLC, then there may be no need to go into therapy, suggests research on the psychology of love.

Instead, watching a few movies together could do the trick.

“The results suggest that husbands and wives have a pretty good sense of what they might be doing right and wrong in their relationships. Thus, you might not need to teach them a whole lot of skills to cut the divorce rate.

You might just need to get them to think about how they are currently behaving. And for five movies to give us a benefit over three years–that is awesome.”

Even after divorce, relationships don’t necessarily end, especially if there are children.

A study of co-parenting post-divorce has found it can go one of five ways, the first three of which are considered relatively functional:

10. Psychology of love: the little things

Finally, as we live in a highly commercialised world where we’re encouraged to think love can be bought and sold, it’s worth remembering that often it’s the small things that can make a difference.

A recent survey on the psychology of love of over 4,000 UK adults found that simple acts of kindness are often appreciated the most.

Bringing your partner a cup of tea in bed, putting the bins out or telling them they look good naked may all do a lot more than a box of chocolates or bunch of flowers (although these won’t hurt!).

As the German poet and novelist Rainer Maria Rilke said:

“Once the realization is accepted that even between the closest human beings infinite distances continue, a wonderful living side by side can grow, if they succeed in loving the distance between them which makes it possible for each to see the other whole against the sky.”