The Four Things That Kill a Relationship Stone Dead 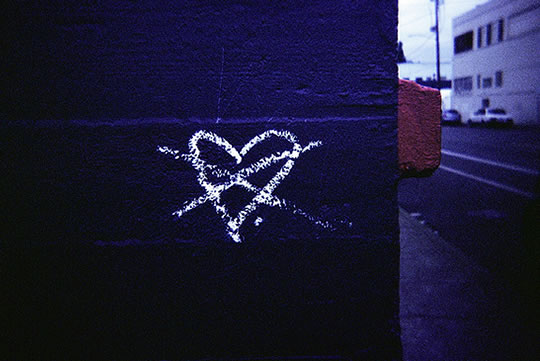 A recipe for divorce: criticism, contempt, defensiveness and stonewalling.

For over 40 years the psychologist Professor John Gottman has been analysing relationships, both good and bad.

He’s followed couples across decades in many psychological studies to see what kinds of behaviours predict whether they would stay together in the long-term or were soon destined for the divorce courts.

Amongst the factors he identified, four have stood out, time and time again. When Gottman sees a couple’s communication overrun with these, the chances are they will divorce in an average of around six years from their marriage.

Of course we all complain to each other—married couples more than most—but it’s a particular type of corrosive criticism that Gottman identified as being so destructive.

This is when one criticises the other’s core being, their personality. For example: “You’re late because you don’t care about me“.

We all make mistakes, but notice that here it’s all about how those mistakes are interpreted. At their worst, criticisms have the implication that the other person is bad or wrong at some deeper level.

Repeated criticisms that strike at the heart of the other person’s being signal the end of the relationship will be sooner rather than later.

When someone has contempt for their partner, Gottman found that this was the single greatest predictor of divorce.

Contempt can involve sarcasm, name-calling, mimicking and eye-rolling. Whatever form it takes, contempt makes the other person feel worthless.

(Contempt is also bad for your health, as Gottman found that couples who were contemptuous of each other suffered from more infectious diseases like colds and flu.)

Alternatively: build respect by appreciating the positive, e.g. “Love your taste in music!” (NOT “The sound of your laughter makes me want to vomit.”)

A person is too defensive when they are always trying to make excuses for their failures or slip-ups. People do this automatically from time-to-time, but when it becomes a persistent theme in a relationship, this can signal the end.

It’s an even worse signal when partners are also trying to score points off the other on top of being defensive. After all, people who live together are supposed to be in partnership, supporting each other. Life is difficult enough without being attacked from within as well as from without.

Alternatively: take your share of the blame and suggest a solution, e.g. “I guess I should have put it on my list, OK let’s do it now.” (NOT: No, I didn’t pay the gas bill because you forgot to remind me.”)

Stonewalling is when a person metaphorically raises the drawbridge and cuts off communication. There are no nods of encouragement to their partner when they speak, no attempt to empathise and no effort to respond or connect. It’s like talking to a brick wall.

Stonewalling can often be a result of a prolonged period of criticism, contempt and defensiveness. It may feel like the only response to a worsening situation, but lack of communication will not solve the problems at the heart of the relationship.

Alternatively: speak, move, respond, blink, move a muscle, anything! (NOT: here’s my impression of a brick wall.)