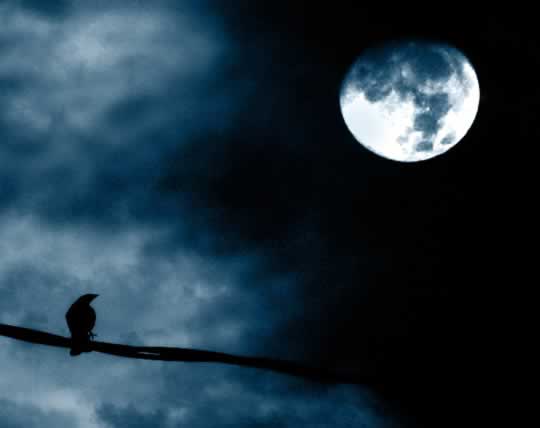 People often complain of worse sleep around the full moon, but until now scientists have been skeptical.

But now there’s scientific evidence for a link between the moon’s cycle and human sleeping patterns. It comes from a new study published in Current Biology from researchers at the University of Basel:

“…[they] studied 33 volunteers in two age groups in the lab while they slept. Their brain patterns were monitored while sleeping, along with eye movements and hormone secretions.” (Cajochen et al., 2013)

Vitally, the participants slept in tightly controlled conditions with no access to the current time. They could not see the moon from where they slept and they did not know what the study was about.

This is what they found:

“The data show that around the full moon, brain activity related to deep sleep dropped by 30 percent. People also took five minutes longer to fall asleep, and they slept for twenty minutes less time overall. Study participants felt as though their sleep was poorer when the moon was full, and they showed diminished levels of melatonin, a hormone known to regulate sleep and wake cycles.”

“The lunar cycle seems to influence human sleep, even when one does not ‘see’ the moon and is not aware of the actual moon phase.”

The fact that this study does find a connection—despite chiming with the popular imagination—is something of a surprise to scientists.

Many previous studies have failed to detect associations between the moon’s phase and human behaviours. For example, purported links with psychiatric hospital admissions, suicides, crisis calls and epileptic seizures have not stood up to scientific analysis.

So how could the phase of the moon affect us, even though our species is no longer exposed to the elements?

The researchers think it may be because we have a kind of ‘moon clock’ inside us that tracks its cycles and affects our hormone levels. This is in addition to the better known circadian rhythms which affect many bodily processes during the day.

Presumably this connection evolved over the hundreds of thousands of years when the moon’s cycles were more important for our survival.