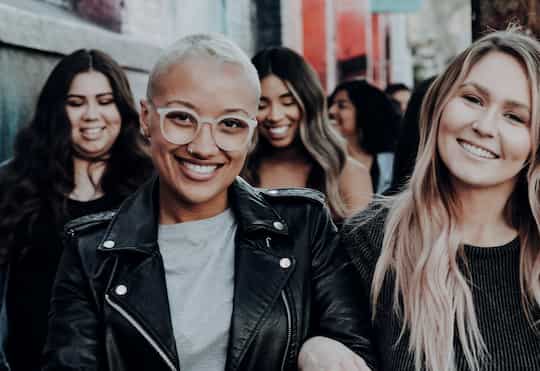 Many social psychology studies show that people are naturally good.

We are prosocial creatures motivated to help each other out — whether they are friends, family or even strangers.

Most people will return lost wallets, intervene in fights and pay forward acts of kindness.

And helping others out makes us happier than focusing on ourselves.

Below are eight of my favourite modern social psychology studies showing just how good people really are.

Click the links for a fuller description of each study including the reference.

Seventy-two percent of people will report a lost wallet containing a large sum of money, a recent study finds.

Indeed, the more money is in the lost wallet, the more likely it is to be reported.

The findings suggest that many people are basically honest.

When asked, people say that the more money is in a wallet, the more it feels like stealing not to return it.

A study of real public fights caught on CCTV showed that bystanders intervened 90 percent of the time to help victims of violence.

The 219 fights included in the study had broken out on the streets of Amsterdam, Cape Town and Leicester (in the Netherlands, South Africa and UK, respectively).

Nine-out-of-ten times at least one person tried to intervene, sometimes more than one.

This strongly suggests that trying to help is the norm in public, rather than the exception.

The study contrasts with 60s research on bystander apathy.

3. We are naturally generous

People are surprisingly generous to each other — even to strangers.

They will try to help each other out, even to their own cost and even when their motivations do not align.

In fact, psychologists have found four motivators for people being generous to others:

When children are around, adults are twice as likely to donate to  a charity.

The effect seems to work whether adults are parents or non-parents, men or women, older or younger.

Even people who dislike children become more generous when they are around.

The brain craves social contact when lonely in the same way it craves food when hungry.

After one day’s isolation, people’s brain activate in the same to seeing other people having fun together as it does to a plate of cheesy pasta.

People whose brains were most strongly affected by isolation were those who routinely had richer social lives.

6. Being nice is contagious

Acts of kindness can spread easily between people — just by observing someone else being generous.

They activate parts of the brain involved in motivating action and of social engagement.

In turn, we are also more likely to ‘pay it forward’.

7. Helping others makes you happy

It may be partly because being kind to others helps nurture social relationships.

8. Family is what motivates people

Family is the most important social motivation to people.

People around the world consistently rank their long-term relationships and family above seeking status, finding mates, preserving health, being part of a team or protecting themselves.

Those who focus more on their families and long-term relationships are generally happier with life, the researchers also found.