There Are Four Flirting Styles, Each With Its Own Tells 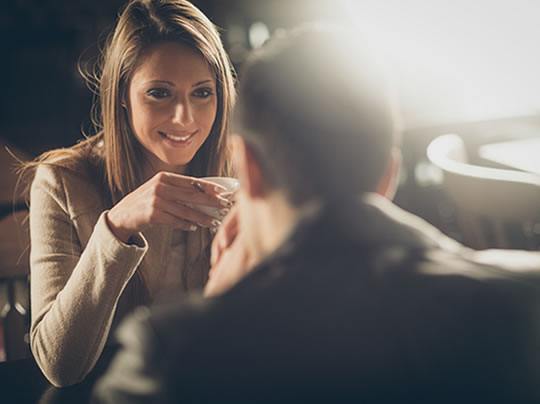 How to tell if someone is flirting with you.

If you want to know if someone is flirting with you, then you need to know their flirting style.

There are four flirting styles, according to Dr Jeffrey Hall, an expert in communications:

Each is linked to its own particular set of behaviours, according to recent research.

Dr Jeffrey Hall, the first author of this study, explained:

“Researchers have long known that many verbal and nonverbal behaviors are linked to underlying attraction, but this is the first study to show that different ways of communicating attraction reveal a person’s flirting style.

How you flirt says a lot about what flirting means to you.”

For the study people agreed to interact with strangers for around 10 minutes.

“They sat on comfy blue chairs, and a coffee table was nearby.

We had prompt cards to read with questions to help them learn about other person, such as ‘what accomplishment are you most proud of?’

These were meant to get the conversation going.”

Following the session, each person reported their levels of attraction to the other and the researchers coded people’s body language.

Women who fell into the category of ‘sincere’ flirts used mostly self-disclosure and focused attention to show their interest.

In other words they revealed things about themselves and focused heavily on the other person.

Men who were traditional flirts, meanwhile, tended to lean in more and show an open body postures.

Women who were traditional flirts acted in a demure way by only showing their wrists and hands (known as palming).

The very hardest type of flirt to read was the polite flirt, Dr Hall said:

“A polite flirt tends to be very hands-off and respectful, but as you can imagine, this type of flirting isn’t obvious to the people they’re attracted to.

They lean back, create even more space and are more even in verbal tone.

For most people, it signals a lack of closeness, but polite flirts do it more the more attracted they become.”

The physical flirt was most uncomfortable sitting and talking, offering fewer compliments to the people they were actually interested in.

Their natural environment is the nightclub or party, Dr Hall said:

“There’s good reason why the physical style doesn’t play out in a conversational environment.

That’s not where physical flirts go.

It’s not where they’re most confident.”

Whatever style people adopted, though, their flirting was very subtle.

“We’re really bad at detecting if people are flirting with us.

But the reason we’re bad at seeing when they are interested is people show it in such a variety of ways.”

The study was published in the Journal of Nonverbal Behavior (Hall & Xing, 2016).