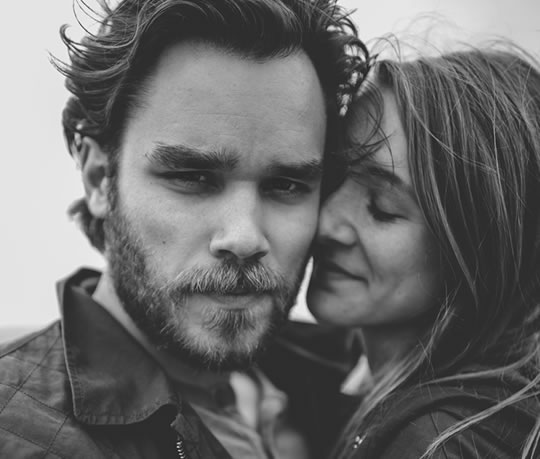 When it comes to dating, both sexes prefer a non-conformist partner, research finds.

Although most people know a rebellious man is sexy; the results upend the common assumption that men prefer women who play by the rules.

Women in the study guessed that the personality trait of conformity would attract men, but it didn’t.

“Women overestimated how attracted men would be to the conformist women.

People think that men prefer conformist women, but this impression is discrepant from reality.”

People who find each other’s emotions easy to read are naturally drawn to each other.

Brain scans showed that interpersonal attraction was linked to a kind of neural synchrony.

“Individual changes in interpersonal attraction were predicted by activity in the participant’s reward circuit, which in turn signaled how well the participant’s ‘neural vocabulary’ was suited to decode the other’s behavior.”

People choose partners who are a similar height to them because it’s in our genes, a new study finds.

For years its been known that people tend to choose partners who are a similar height to themselves.

This is despite the well-known preferences women have for taller men.

“Using one partner’s genes for height, we estimated the height of the chosen partner with 13% accuracy.

People with pathological personality traits — such as impulsiveness and neuroticism — have more luck in love.

Those with certain dark personality traits tend to have more partners and more children.

The conclusions come from almost 1,000 heterosexual men and women with a wide range of personality traits.

Find out more in the study’s full description.

The results were the exact opposite for women.

“While showing a happy face is considered essential to friendly social interactions, including those involving sexual attraction — few studies have actually examined whether a smile is, in fact, attractive.

This study finds that men and women respond very differently to displays of emotion, including smiles.”

And, the simple reason men find a low BMI attractive is that it signals youth.

Both men and women look more attractive when they adopt an expansive posture, a new study finds.

Expansive postures include having the arms outward rather than folded, generally leaning backwards or with the legs apart rather than crossed.

Expansive gestures tend to signify openness and dominance, which is why they are seen as more attractive.

The researchers recorded a speed dating event and used data from the dating app Tinder to verify their hypothesis.

In both cases people were more likely to be picked when they adopted more expansive postures.

One or two glasses of wine can make the drinker look more attractive to others, a recent study finds.

“The present study suggests that alcohol consumption increases ratings of attractiveness of the consumer by other people.”