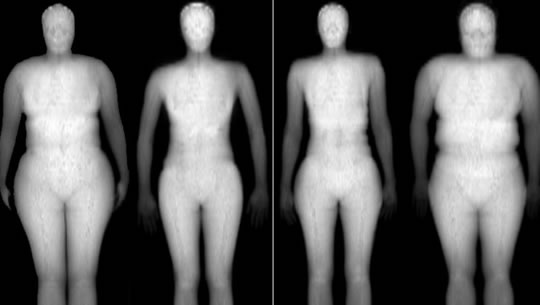 For the research, people in 10 different countries were rated a deck of cards which showed various body shapes.

They were asked to put these in order from most to least attractive.

Women with a BMI of 19, which is on the borderline with being underweight, were preferred across the board.

Professor John Speakman, who led the research, explained the evolutionary aspect of the findings:

“Fitness in evolutionary terms comprises two things: survival and the ability to reproduce.

What we wanted to investigate was the idea that when we look at someone and think they are physically attractive, are we actually making that assessment based on a hard-wired evolutionary understanding of their potential for future survival and reproductive ability?”