The ‘Beer Goggles’ Effect: What Causes It? 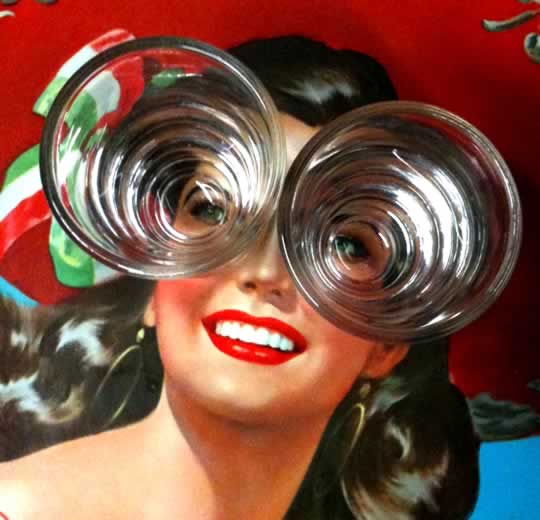 Does alcohol really make others look more attractive to us and, if so, why?

The Ig Nobels are designed to highlight the kind of research that makes people ask: “Don’t these so-called scientists have better things to spend their time on?”

This year’s psychology prize has gone to Brad Bushman, of Ohio State University, and others, who experimentally confirmed a sort of reverse beer goggles effect: that we feel we are more attractive after a few drinks (Begue et al., 2012).

My hesitancy is not just that the research seems trivial–that’s the point of the awards–but also that it reinforces the idea that psychology is just common sense.

But, take a closer look at the study, and you’ll see that it’s not all common sense.

One of the findings is that, even people who were tricked into thinking they’d had a drink when they hadn’t, also judged themselves as more attractive.

So this is demonstrating the expectancy effect: that sometimes drugs have the effect we expect, even when there’s little or no active drug present (compare with: 80% of Prozac Power is Placebo).

What about the closely related ‘beer goggles’ effect? This is more than just that drunk people take more sexual risks; it’s that after a few drinks we actually rate other people as more attractive.

That one is pretty obvious isn’t it?

Indeed, some studies do suggest we find others more attractive after a few beers (Jones et al., 2003).

But then, in 2012 many media outlets reported that the ‘beer goggles’ effect had been debunked.

The study, conducted by Vincent Egan at the University of Leicester, did indeed get the opposite finding (Egan & Cordan, 2011). On average, across all the participants, people who’d been drinking found members of the opposite sex less attractive. Beer seemed to be making people appear uglier.

But the devil, as you so often find, is in the details.

In fact, the study divided people by age. And, for mature faces (in this study it meant 20-year-olds, so not that mature), the beer goggles effect held. It was only when looking at pictures of 10-year-olds that alcohol intake reduced attractiveness ratings.

The study, you see, was much more concerned about under-aged sex and whether alcohol might reduce men’s ability to judge the age of a female.

Incidentally, the study found that even large amounts of alcohol consumption did not affect men’s perception of age. So, it’s no excuse.

While the beer goggles effect probably still stands, despite reports of its demise, what we’re less sure of is how it works.

It certainly makes us less inhibited, and more likely to take risks; but what about this increase in others’ attractivity?

A clue comes from the study of facial symmetry. People are remarkably good at detecting quite small variations in the placement of facial features–it’s a talent we need to tell each other apart.

Facial symmetry is also important because many, many studies have found that it underlies what people consider attractive. More symmetry, it turns out, is often more beautiful, perhaps because it signals better genes.

And, now, a series of studies on alcohol and facial symmetry have found that the beer goggles effect may come about, at least partly, because alcohol inhibits our ability to detect facial symmetry (Halsey et al., 2012).

One study has even shown that women who drink a lot may damage their ability to detect facial symmetry in the long-term (Oinonen & Sterniczuk, 2012). In other words: they’re wearing permanent beer goggles.

And that, ladies and gentlemen, is why psychology, and science in general, is so interesting. You start with an intuitive theory, which you confirm. So far, so common sense.

But, along the way, you demonstrate things that are not common sense (the placebo effect), and are hardly trivial (that alcohol doesn’t affect age perceptions and that it can be neurotoxic), and you delve into the deeper recesses of cognitive psychology (alcohol harms the perception of facial symmetry).

The promise of the Ig Nobel awards is certainly delivered: it’s research that, “first makes people laugh, and then makes them think“.