7 Everyday Ways You Are Lowering Your Intelligence 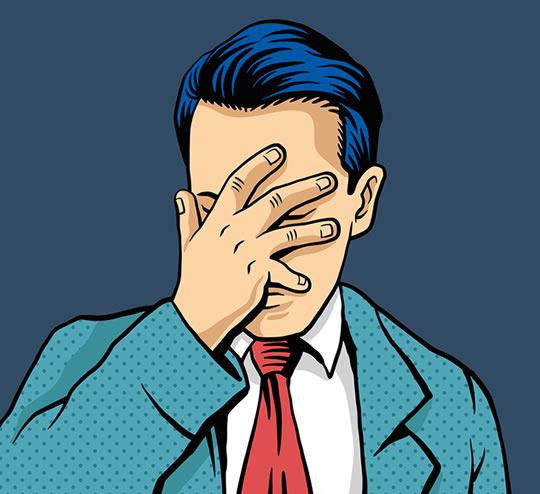 How feeling like an expert, googling it and more could be lowering your intelligence.

Cognitive flexibility is the ability to adjust and adapt to changing situations.

The research was carried out on laboratory mice.

They were given either a normal diet, a high-fat diet or a high-sugar diet.

After four weeks the mental and physical performance of mice on the high-fat or high-sugar diet began to suffer.

Using laptops, phones and other media devices at the same time could shrink important structures in the brain, a new study indicates.

For the first time, neuroscientists have found that people who use multiple devices simultaneously have lower gray-matter density in an area of the brain associated with cognitive and emotional control.

Multitasking might include listening to music while playing a video game or watching TV while making a phone call or even reading the newspaper with the TV on.

3. Googling it makes you feel cleverer than you are

Searching the internet makes people feel they know more than they really do, a new study finds.

4. Too much sugar damages memory

Otherwise healthy people with high blood sugar levels are more likely to have memory problems, according to a recent study published in the journal Neurology.

One of the study’s authors, Dr. Agnes Flöel, said:

“…even for people within the normal range of blood sugar, lowering their blood sugar levels could be a promising strategy for preventing memory problems and cognitive decline as they age.

5. Experts know less than they think

‘Know-it-alls’ don’t know as much as they think, new research finds.

The more people think they know about a topic, the more likely they are to claim that totally made-up facts are true, psychologists have found.

“The more people believed they knew about finances in general, the more likely they were to overclaim knowledge of the fictitious financial terms.

The same pattern emerged for other domains, including biology, literature, philosophy, and geography.

The damage that poor sleep does to your thinking skills is mammoth.

Sleepy brains have to work harder while short-term and long-term memory is worse.

Attention and planning are worse and it’s easier to follow habits and difficult to create new strategies.

Sleep deprivation even damages the ability to read other people’s facial emotions.

Read on: Lack of Sleep: The 10 Most Profound Psychological Effects

Both mental and physical stress can interact to cause fatigue, a new study finds.

The brain’s resources in the prefrontal cortex — an area used for planning and control — are divided during physical and mental activity, the research found.

The research is one of the first to show how mental and physical tasks can interact to fatigue the brain.