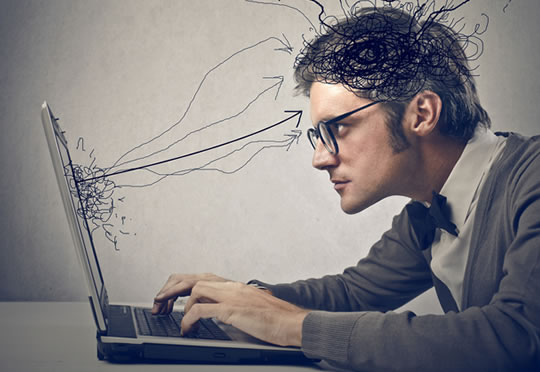 Give your attention a massive boost by understanding why this well-known trick works.

Everyone knows that taking a short break from a task boosts attention.

But most people don’t know the real reason why.

Psychologists have long thought it is because your attention is getting ‘tired’ and needs a break.

A recent study, though, suggests that concentrating on something for a long period of time actually makes it ‘disappear’ from the mind.

Professor Alejandro Lleras, one of the study’s authors, likens it to wearing clothes.

Over time we get used to the sensation of clothes touching our skin and don’t notice them.

The same is true when we work on a task or problem for any length of time, he says:

“Constant stimulation is registered by our brains as unimportant, to the point that the brain erases it from our awareness.

So I thought, well, if there’s some kind of analogy about the ways the brain fundamentally processes information, things that are true for sensations ought to be true for thoughts.

To test out their theory the researchers had people carrying out a repetitive computerised task.

Some switched tasks every now and then, while others ploughed on for 50 minutes without a break.

“It was amazing that performance seemed to be unimpaired by time, while for the other groups performance was so clearly dropping off.”

So concentrating on a task for too long can reduce performance.

This is because the brain responds to changes.

“…deactivating and reactivating your goals allows you to stay focused.

From a practical standpoint, our research suggests that, when faced with long tasks (such as studying before a final exam or doing your taxes), it is best to impose brief breaks on yourself.

Brief mental breaks will actually help you stay focused on your task!”

The study was published in the journal Cognition (Ariga & Lleras, 2010)